Legionnaire of the Year named 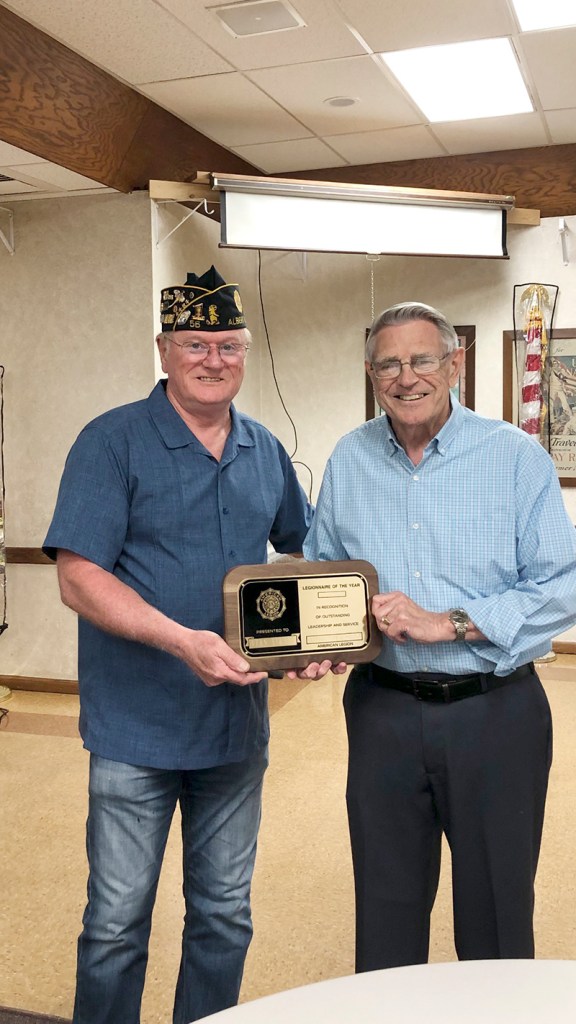 Vern Strand is pictured, right, receiving the Legionnaire of the Year award from Wes Halverson. - Provided

Vern Strand was selected as the 2019-20 Legionnaire of the Year for Albert Lea American Legion Post 56. He was awarded the honor for his dedication to the American Legion, along with his hard work in support of the post. In the past few years Strand stepped up, performing the duty of the post finance officer, along with helping with the daily operation of the Legion. He did an outstanding job, according to a press release. He was also honored with the award in 1998.

Vern served in the U.S. Navy from 1951 to 1954, serving as an aviation store keeper aboard the USS Chourre, an aviation repair vessel.