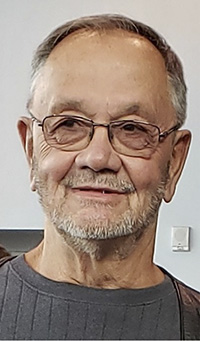 LeMar was born in Albert Lea to Oscar and Sheila (Knudson) Johnson on July 21, 1940.  He grew up on a farm near Albert Lea. In his youth he played hockey, basketball, baseball, football and was active in FFA. In 1958, he graduated from Albert Lea Senior High School. When he was 4 years old he had his first tractor ride with his dad, and it was the day he decided to become a farmer. LeMar was a crop and livestock farmer most of his life, and then became a restaurant/motel owner. He retired at age 75.

LeMar was a devoted Twins, Vikings and Minnesota Gopher fan. Bowling and snowmobiling were also some of his favorite activities. He also enjoyed attending county and state fairs and selling vegetables in the summer during his retirement.  When he wasn’t watching sports or riding his side-by-side in the desert, he enjoyed western movies, country music and card games. LeMar’s most frequent answer to the question, what’s going on today was, “It’s another great day in the desert!”

Graveside service and burial will be at 1 p.m. May 30 at the Hayward Cemetery. Social distancing should be observed.