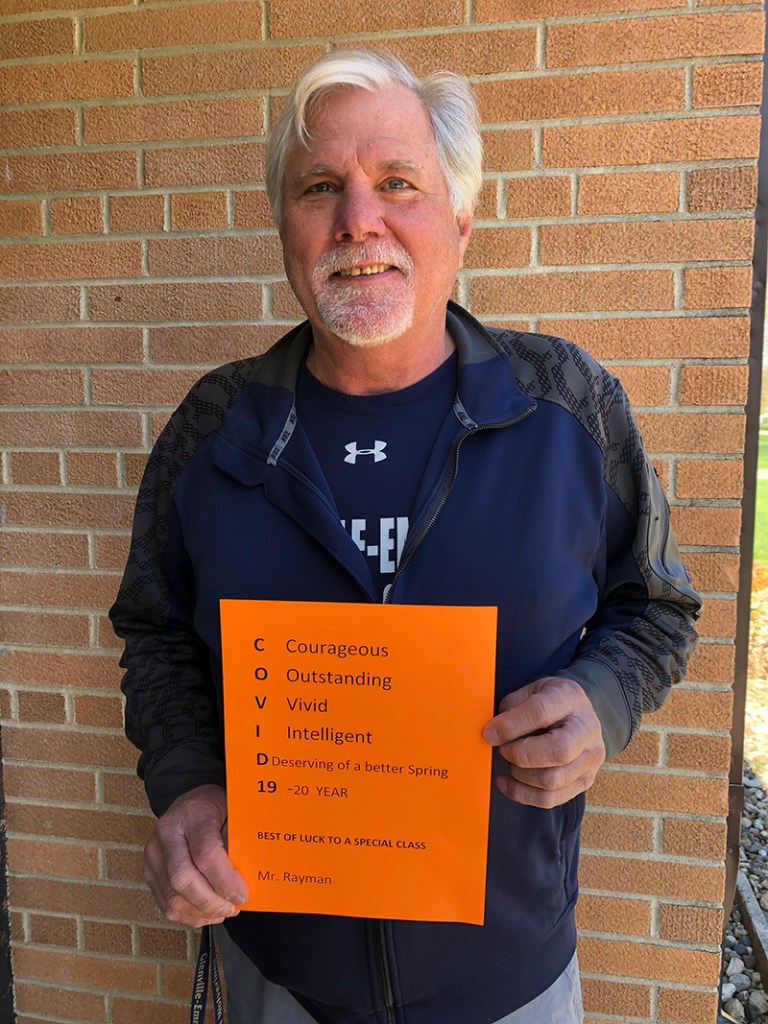 Longtime Glenville-Emmons educator, Craig Rayman, is retiring at the end of the school year after more than 38 years in the district. - Provided

After working in the Glenville-Emmons School District in some capacity since 1982, Craig Rayman will retire at the end of the school year with a wide range of experiences under his belt.

Rayman graduated from Mankato State in 1980 and soon found himself as a long-term substitute, teaching small engines and car mechanics at the Emmons vocational building. He was also a substitute at Glenville.

Rayman and his wife moved away from the area for about two years to manage a Ben Franklin store in Sibley, Iowa. The opportunity to move back to the area presented itself when the owners of The Shortstop in Glenville offered Rayman and his wife the job of running the store.

They moved back to Glenville in 1982 and Rayman went right back to his role as a substitute for Glenville. After working as a sub for two or three years, Rayman was brought on full time.  Throughout his 38 years with the district, Rayman has worn many hats. Most recently, he was the transportation director and dean of students, while also teaching classes and driver’s ed. He was activities director for 11 years and was the head coach for numerous teams for the school including varsity, b squad and junior high volleyball, girls and boys basketball, golf and was an assistant coach on the baseball team.

He said none of the jobs was particularly better than the others. He said he just enjoyed the opportunity to be able to work with the many student athletes that have come and gone through the school throughout the years.

He talked about what the most rewarding part about working for the school has been.

“It’s working with the students,” Rayman said. “We’ve had so many great student athletes over the years. You can’t just single out one, there’s just so many that the list would be pages long. Another enjoyable thing was getting to coach my kids in many different activities.”

He said some of his favorite memories include being able to coach alongside his two sisters and two brothers at different points throughout his coaching career. He was also proud to have coached a volleyball team to a Class A academic state championship — the same group also won it in basketball. He said the teams were filled with smart students who have since gone on to become doctors, lawyers, nurses and teachers.

“There’s so many that I really can’t just list one in particular,” Rayman said. “It was just a joy coaching all those students throughout the years.”

Rayman said there was no specific reason he chose this year to retire, but he just felt it was the right time.

While Rayman will be officially retired at the end of the year, he said he will still be out and about in the community. He plans to stay active with the school by continuing as the driver’s ed instructor and coming in as a substitute when needed. He said he also plans to help his wife out at the convenience store and see his grandkids more often.

“Working with so many fine student athletes and staff members, other coaches and other ADs, I have a lot of fond memories,” Rayman said. “I also had a really understanding spouse to be able to coach that many years and continue to be involved.”