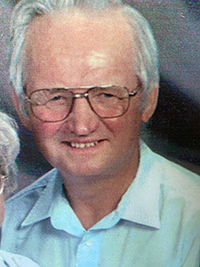 On Sept. 29, 1962, he married Bonita “Bonnie” Benson and together they had four children. In 1970, Roger and Bonnie moved to the Rebelein family farm in Alden and that is where he farmed and they raised their family. He was involved with Gideons, jail ministry, Ruby’s Pantry and the local truck stop ministry. Roger also loved to go fishing, do woodwork and have coffee with his group of friends. Most of all, he loved to spend time with his family and friends.

Roger is preceded in death by his wife of 56 years, Bonnie; parents George and Clara; and brother-in-law, Donald Smith.

A memorial service for Roger will be at a later date once the gathering restrictions are lifted. Online condolences are welcome at www.bayviewfuneral.com.