Some Albert Lea churches to reopen, others decide to wait 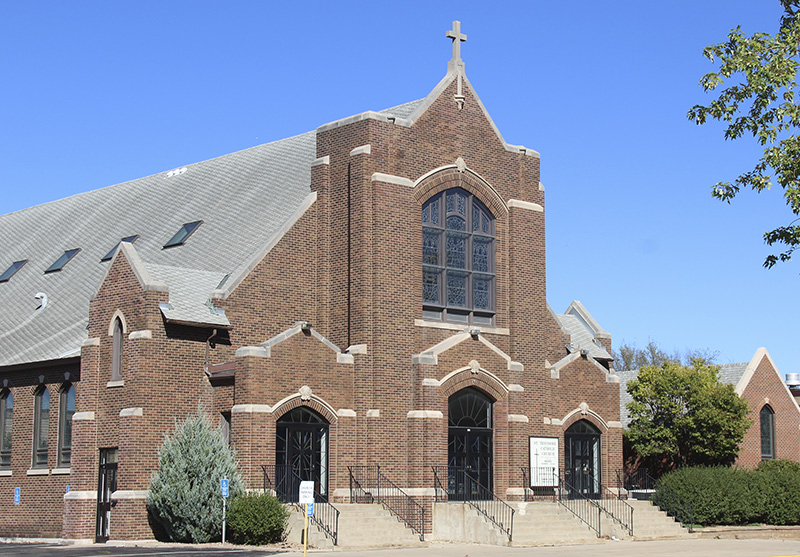 In the most recent executive order issued by Gov. Tim Walz over the weekend, churches and other places of worship are allowed to open their doors again, provided that they meet a set of requirements.

While some area churches plan to reopen as early as this weekend, others plan to continue with online and digital services for the foreseeable future while keeping an eye on the pandemic as the situation changes.

In Executive Order 20-62, places of worship may open back up and host planned worship services, rituals, prayer meetings, scripture studies, weddings or funerals starting this morning as long as they meet a set of four guidelines put in place.

The guidelines include ensuring a minimum of 6 feet of physical distancing between households; occupancy does not exceed 25% of normal capacity or a maximum of 250 people, whichever is smaller; outdoor gatherings to not exceed 250 individuals; and they must develop and implement a COVID-19 preparedness plan in accordance with guidance developed by the Minnesota Department of Health.

St. Theodore Catholic Church in Albert Lea said they plan on having in-person services as soon as this weekend that will follow guidelines from the Centers for Disease Control and Prevention and the Catholic bishops.

“We’ve kind of been building up to this point,” said the Rev. Kurt Farrell, St. Theodore’s priest. “It works out well for us because we were going to move ahead with weekend masses because of the bishop’s opening up and giving us permission. We were anticipating that this might be coming, so we have plans to open up for weekend liturgies this weekend.”

In order to make sure everyone who wants to attend a service can do so, St. Theodore is increasing the number of services it will have on the weekend. In addition to the three masses originally taking place on Saturday and Sunday, St. Theodore is adding two additional masses. The original weekend mass schedule had a gathering at 5:15 p.m. Saturday and two Sunday morning, one at 9 a.m. and a Spanish service at 11 a.m. The new services include a 7:30 a.m. and 7 p.m. mass on Sundays.

In addition to the new services, St. Theodore will continue to offer its 9 a.m. service and 11 a.m. Spanish service on KATE radio.

Farrell said the plan to open the church’s doors again has been met with positive support from his congregation. However, he expects a lot of the elderly members of the congregation, as well as those who might be more susceptible to the virus, will stay home.

“I think some of the elderly population are going to stay away and we encourage that,” Farrell said. “If you’re a certain age that is more susceptible to the virus or you have preexisting conditions, we encourage you to listen on the radio.”

Despite the new order, some area churches are still planning to continue their online or digital-only services. The Rev. John Holt said Albert Lea’s First Lutheran Church is going to be one of the churches that continue with online services, as well as its continued television and radio broadcasts.

“We are glad that churches are seen as essential places to gather,” Holt said. “I think it recognizes the importance of our faith and our relationship with God and one another, so that was very heartening. Nevertheless, we’re not planning to jump right in and fill the church because of what we’ve learned during the shutdown.”

Holt said the First Lutheran Church committee will begin to hold small meetings to discuss phasing in different aspects of reopening. He said the church has a tentative plan to open its doors sometime in June during business hours only, and church leaders would ask people to be careful and wear masks.

While First Lutheran services have been broadcast online during the pandemic, Holt said congregation members are blessed to have the ability to watch the service on KAAL-TV or listen on KATE Radio, services that have been in place for 40 years, according to Holt.

Holt talked about the feelings his congregation and others in the community have shared with him throughout the pandemic.

“It’s been outstanding gratitude,” Holt said. “They’ve shown a lot of gratitude that we’re continuing to do that TV broadcast and also that we invited other pastors, mainly Lutherans, from other congregations that don’t have that sort of thing to be a part of it.”

Holt said he has had people reach out from Minnesota, Iowa and even Wisconsin where the KAAL signal reaches, thanking them for keeping the service on the air.

He said the main Sunday worship services will remain online and on television and radio for at least a few more weeks. He said the church committee still doesn’t know when they will open back up for in-person services, but will continue to look at the data and rely on suggestions from the governor and health department in deciding when that will be.

One of the area churches that has been invited to carry out their service on TV was Ascension Lutheran Church.

The Rev. Mark Boorsma of Ascension Lutheran Church said he was extremely grateful to First Lutheran for extending the opportunity to his congregation as well as many other congregations in the area. Boorsma also said Ascension will not be opening to hold in-person services in the near future.

“We have no immediate plans because the health and safety of our members and the community is of utmost importance,” Boorsma said. “The upshot of that is we’re not going to be in a rush.”

Prior to the pandemic, Ascension started a book study on the first book of the Bible, Genesis. He said the church started the study in-person, but as people were unavailable to come every week, they started to hold online meetings and will continue to do that throughout the pandemic.

“That’s turning out to be a great blessing because the comments from people are a lot around ‘Oh it’s just good to hear your voice’ or ‘It’s just good to see the faces.’ So at least digitally, it’s been offering that opportunity to gather.”