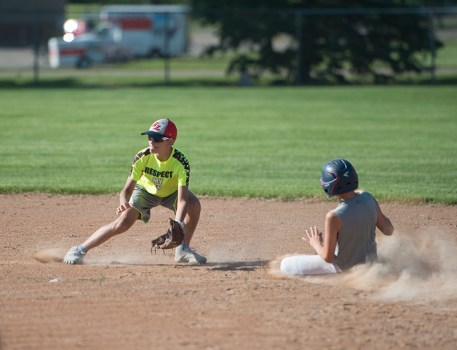 Some Albert Lea youth baseball teams have been practicing since June 1. They are still waiting to hear if and when games can be played, but coaches are holding out hope it will happen before the summer is over. - Tyler Julson/Albert Lea Tribune 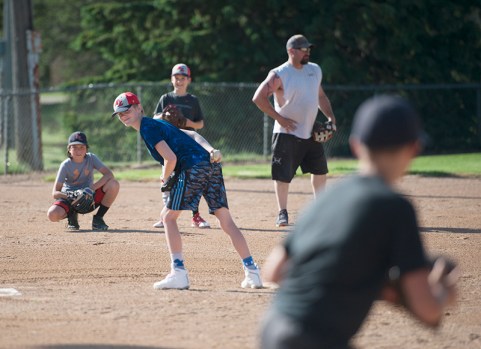 The teams were recently given the OK to increase the number of players allowed at practice from 10 to 25. - Tyler Julson/Albert Lea Tribune 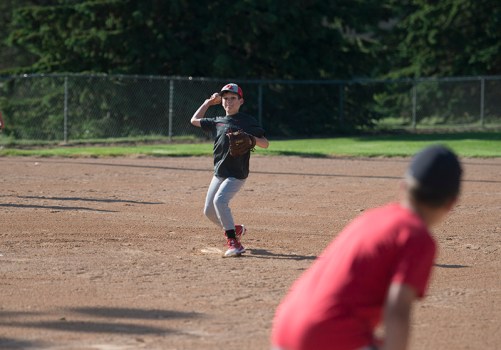 Players at the 12AA practice Thursday afternoon worked on base running and pick off moves in their first drill of the night. - Tyler Julson/Albert Lea Tribune 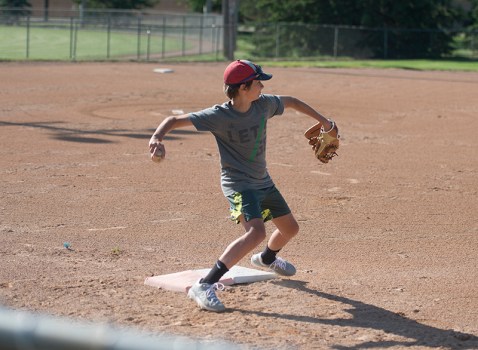 Thursday night marked the third practice of the season since June 1 for the 12AA youth team. - Tyler Julson/Albert Lea Tribune 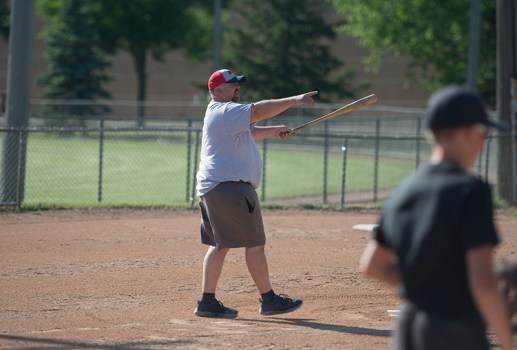 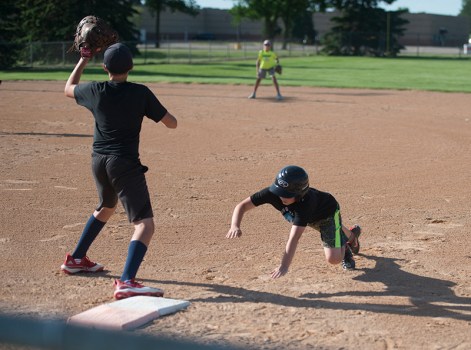 A player dives back to first base practicing his baserunning skills Thursday night at Snyder Fields. - Tyler Julson/Albert Lea Tribune 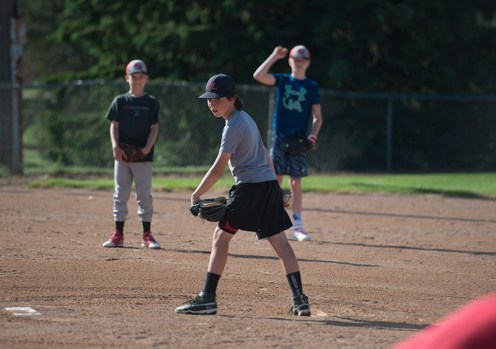 The league most of the Albert Lea youth teams were supposed to play in this summer canceled its season earlier in the spring. The players and coaches are still hoping to get in some games before the summer is over. - Tyler Julson/Albert Lea Tribune 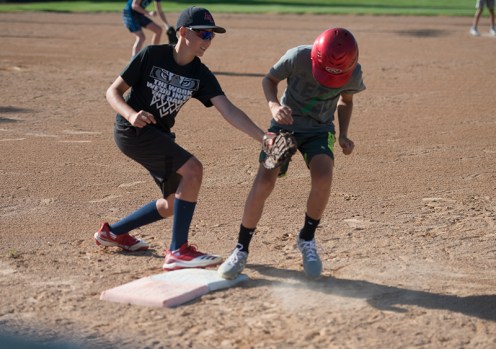 A player races back to the bag before the tag at practice Thursday night. - Tyler Julson/Albert Lea Tribune 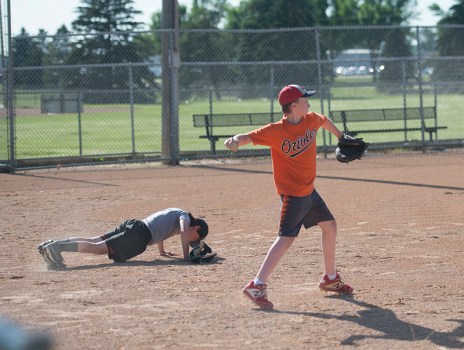 After starting practices on June 1, many of the Albert Lea youth baseball teams have been eagerly awaiting their opportunity to play in games this summer.

While an official date to be able to play games has yet to be released, coaches are hopeful that games will be played at some point this summer.

“I am very hopeful that the kids will be able to get on the field and play some games at some point this summer,” said 10AA coach Larry Rassler. “Competition is what most of the kids want and what they look forward to. If games are played at some point they will look very different.  Fewer fans, umpires in different spots, wiping down equipment during games and no sunflower seeds are just a few of the differences we would see.”

The league Rassler and his team were planning to play in this summer canceled its season earlier this spring, but he said some larger leagues in the Twin Cities are planning to play their seasons after the Fourth of July, so he’s still holding out hope.

Rich Yost, the Albert Lea Youth Baseball Association president and head coach of the 12AA team, said he hopes the decision is made soon, but there is no timetable yet.

“There’s no guarantee yet,” Yost said. “I think by the 15th is what they were hoping to make decisions by. It’s about as gray area as anything else. We really don’t know.”

The ultimate decision will come from the Youth Sports Commision formed by the state, according to Yost. He said updates will be posted on their Facebook page when they become available.

While the teams wait for the official word on when their games will begin, they are still allowed to take the field for practice. Brad Skinness, coach of the 14/15 Blue team in Albert Lea, said his practices have been going well and the players are adjusting nicely.

“Our practices have been very good,” Skinness said. “The boys have done a nice job adjusting to the new normal when it comes to practices. There is certainly a learning curve for both the players and myself. Other than using the same baseballs, which goes without saying, we have been fortunate as a team and each player is using their own equipment.”

Skinness said it has been a little tough adhering to the social distancing guidelines and they all need a reminder from time to time. He also said it felt strange to be on the baseball field and not be passing sunflower seeds to each other through the dugout.

Yost said nine of Albert Lea’s 13 youth teams have been practicing since the June 1 start date. While concern over the pandemic was a reason for some players not coming out, Yost said lack of players at registration and not enough coaches also contributed to some teams not assembling, and the decision to not field those teams was made months ago.

Rassler said that while his players and their parents are ready for the games to begin, for the most part, they are just happy to be back on the field.

“My players and their families have been very understanding and cooperative of the new guidelines,” Rassler said. “As a whole, they are just glad to be back on the field and active, no matter the circumstances. The kids and parents are very anxious for games to begin, but they realize the hurdles that are still in front of us.”

Updates on the start of games and schedules can be found on the Albert Lea Youth Baseball Facebook page.

“We’re excited to finally be back on the field,” Yost said. “We have the safety of the kids and their families as our main concern, from mental health to physical health to just general health. We’re trying to give them something to do yet this summer because everything else has been taken away from them.”