Additional candidates who filed last week for open Freeborn County Board of Commissioner and Albert Lea City Council seats shared their reasons why they chose to run for office this fall.

Incumbent 5th Ward Albert Lea City Councilor Robert Rasmussen, 43, who will face off against former 5th Ward Councilor John Severtson, said he would like to see more positive changes in the city and be a part of those changes. 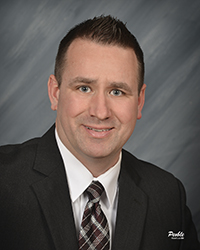 Rasmussen, who works full-time at Hormel as a machine operator and part-time doing maintenance a few nights a week at Kwik Trip, said he is proud of the council’s budget in recent years and its work in not allowing tax rates too high. He is also proud of the new fire station, which he said will be nice when it is completed.

In the immediate future, he anticipates a big focus for city councilors will be seeing how COVID-19 affects businesses in the city and how the city will likely have to make cuts in the aftermath of the pandemic.

Rasmussen said he was born in Albert Lea and moved to the Twin Cities for five years but otherwise has lived most of his life in the city. He has three daughters and is married to his wife, Camille, who also works in Austin.

Despite both he and his wife working in Austin, he said they choose to live in Albert Lea for many reasons.

“I just have grown up here,” he said. “I like the lakes. I like that the state park is here. I like that there’s 40-some parks in the community. I always like to see Albert Lea grow, that’s why my heart has been in City Council so much. … I want to see the community prosper.”

Incumbent Albert Lea City Councilors Rich Murray and Jason Howland, in the 1st and 3rd wards, respectively, will be unopposed in the race.

Jacobsen, 64, has lived in the Freeborn area his entire life and farmed for about 40 years. He said he currently works in parts at Arnold’s Implement and has been involved with the Freeborn County Corn and Soybean Growers, the Freeborn Township Board and the state soybean association.

He said he is running for office because he “figured everybody should take their turn and do what they can.”

He described himself as “somewhat conservative” and said he doesn’t like to make massive changes all at once.

“Tweak it a little bit if it’s not doing what you want it to do,” he said. “Change it to make it better.”

He said there are plenty of issues that are “near and dear” to some people, and it is hard for him to identify any one particular issue that he thinks will be a big concern in the coming years.

Jacobsen ran for office two times prior, including in the last election against current 1st District Commissioner Glen Mathiason and another time several years ago.

He said he has two grown children and two grandchildren.

Jacobsen will face off against candidate Brad Edwin. Mathiason did not file for reelection.

Kluver, 51, said he has been thinking about running for the board the last couple elections. He noted his grandfather was on his city’s council, and his father was on the township board.

“I figured during this unusual time we’re going through, it was my time,” he said.

Kluver, who lives three miles south of Albert Lea, said he moved to the Albert Lea in 1987 right after high school and attended Riverland Community College. In 1994, he purchased Nasby Radiator Services, which he has now owned for 26 years. He said he has both city and county customers, and it has been nice to interact with them over the years.

Looking to the future for the county, Kluver said he thinks the budget will be the biggest issue, “especially with what we’re going through right now.”

He also is in favor of renewable energy opportunities and said he thinks changes need to be made in many of the county’s ditches.

Kluver and his wife, Lisa, who have been married for 33 years, have two children and two grandchildren.

He will face off against candidate John Forman in the November race as longtime 3rd District Commissioner Jim Nelson did not file for reelection. 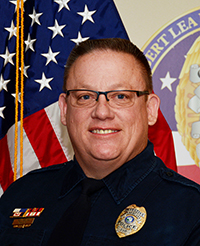 He said several years ago he wanted to run for Albert Lea City Council, but because he was a city employee, was unable to do so.

He decided to run for county commissioner to be a part of positive change.

“Overall, communication needs to be a lot better,” Herman said.

He said another big issue is roads — and making sure the county is going after state and federal funding available for their repairs.

Herman served in the Marine Corps for three years and is a member of the Albert Lea American Legion and the American Legion Riders. He also is on the board for the Beyond the Yellow Ribbon unit in Albert Lea and the Blue Knights, a law enforcement motorcycle club that volunteers.

He and his wife, Laurie, have two children and one grandchild.