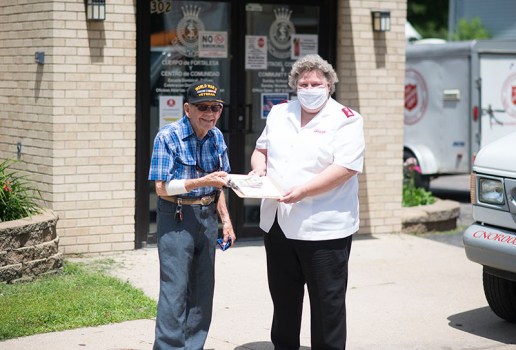 Mickey Nelson, left, stands with Maj. Sandy Hunt in front of the Albert Lea Salvation Army. Nelson set out to walk 100 miles for his 100th birthday as a fundraiser for the Salvation Army and their efforts in the fight against the COVID-19 pandemic. Nelson personally handed over the donations he received via the mail and in person. All of the money raised will go toward the Salvation Army Northern Division, one of Nelson's favorite charities. - Tyler Julson/Albert Lea Tribune 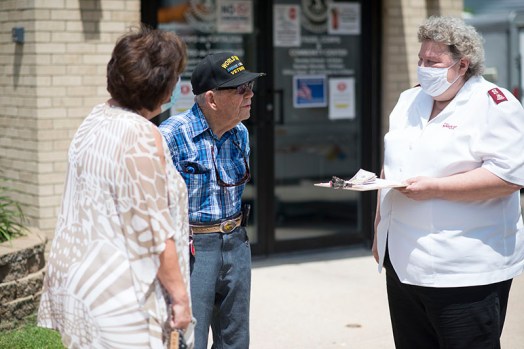 Mickey Nelson and his daughter, Michelle Kelm, stand with Maj. Sandy Hunt after donating a portion of the funds to the Albert Lea Salvation Army. Nelson, who's 100th birthday is Saturday, has logged close to 50 miles of his 100-mile journey. The fundraiser will continue throughout the summer until Nelson hits 100 miles. According to the Salvation Army donation page, the fundraiser has raised just over $96,000. Donations can be made at give.salvationarmyusa.org/fundraiser/2760165. - Tyler Julson/Albert Lea Tribune