Our Father and Grandfather, Dwayne Harold Fink joined his wife Edna on June 25, 2020. 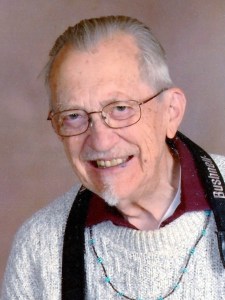 He was born on June 15, 1932, a farm boy, from Albert Lea, Minnesota. He accomplished much in his 88 years. His formal education began in District 69, a one room schoolhouse, then to the University of Minnesota, concluding with his PhD in Agronomy from Virginia Tech. Drafted into the Army, He was present for the Korean Armistice in 1953. At UofM he met and then married Edna Dewey on September 4, 1960, She was the love of his life. He is survived by his three children; Laura Knorr, Roric and Kendall (Lara) Fink and five grandchildren; Clarissa, Kendric and Jason Knorr, Justin and Alyssa Fink. One of seven, he has two living siblings; Marge Laugen (Don) and Joan Mattick (Richard), He was predeceased by Delores (Lane) Lee, Roger (JoAnne), Wally (Sue) and Steven.

Dwayne set roots in Tempe in 1966 and was active in his community: University Presbyterian Church, and progressive democrats. He discovered Audubon and rediscovered his love of birds. Dwayne walked his neighborhood daily, observing birds and talking with neighbors. He was passionate about his genealogy and worked for compassionate justice in the world.

A service will be planned at a later date. In lieu of flowers, the family suggests a donation to the Cottey College-Edna Dewey Fink scholarship that Dwayne established; Cottey.edugive or to Institutional Advancement at 1000 W Austin Blvd, Nevada, MO 64772