Home damaged by fire in attic 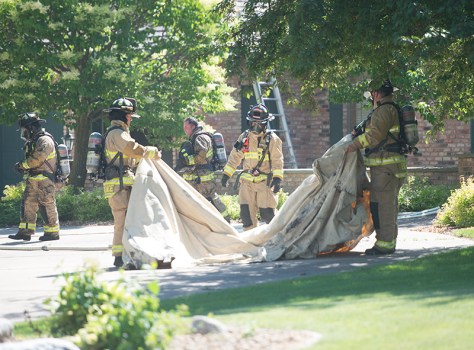 Firefighters haul a tarp out of a house reportedly on fire Friday afternoon at 436 Crescent Drive. - Tyler Julson/Albert Lea Tribune 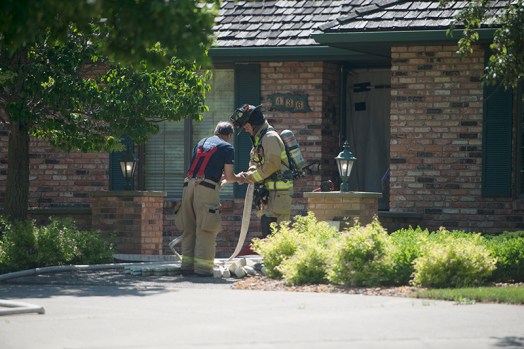 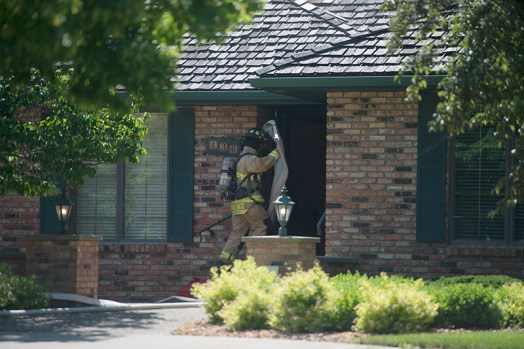 The attic of an Albert Lea home was damaged by fire Friday afternoon in what was started by a malfunctioning bathroom fan, authorities stated.

The Albert Lea Fire Department and Albert Lea Police Department were dispatched at 3:22 p.m. to 436 Crescent Drive for a report of smoke coming from the vents of the home, according to a press release.

When firefighters arrived at the house, they found light smoke coming from all of the roof vents.

Firefighters found the rafters near the bathroom fan on the north side of the house, along with the insulation, were burning.

Firefighters extinguished the fire and removed the burned materials.

The homeowner told authorities she could smell something burning but assumed it was the city transfer station burning brush, as there was no smoke or indication of any fire in the home.

A roofing company was on site a little after 3 p.m. to do some roof repairs from the recent storm and noticed the smoke coming from the roof vents. Crews reportedly got the resident out of the home and called 911.