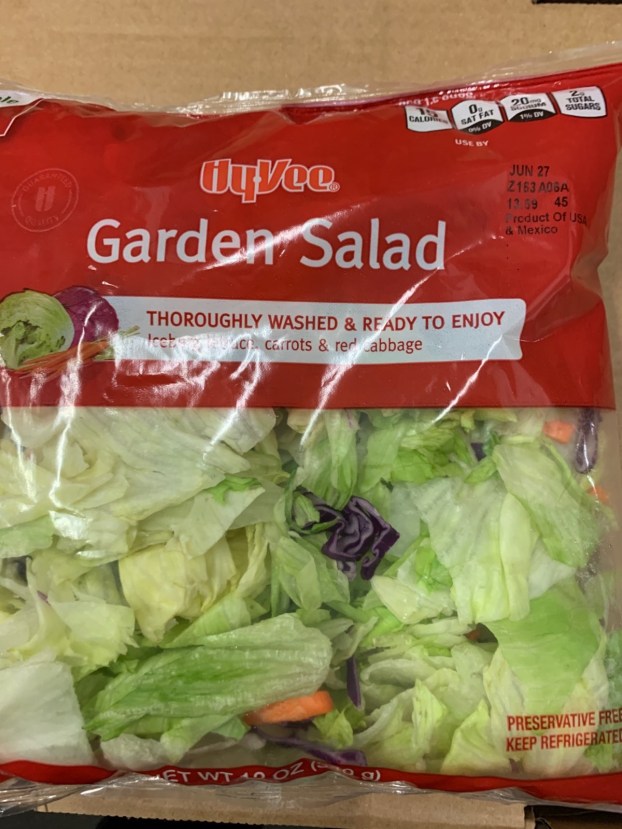 Hy-Vee Inc., based in West Des Moines, Iowa, is recalling its 12-ounce Hy-Vee bagged garden salad product across its eight-state region due to the potential that it may be contaminated with Cyclospora, according to a press release. The potential for contamination was brought to Hy-Vee’s attention when Fresh Express — which manufactures the product — announced that the U.S. Food and Drug Administration and the Centers for Disease Control Prevention have been investigating an outbreak of Cyclospora in the upper Midwest section of the United States.

In their investigation, they have identified certain products linked to the outbreak — including Fresh Express’ private label products at retailers across the country that were impacted — including one for Hy-Vee. The recall is limited to 12-ounce Hy-Vee bagged garden salad, all UPCs and expirations dates. The product was distributed to Hy-Vee grocery stores across its eight-state region of Iowa, Illinois, Missouri, Kansas, Nebraska, South Dakota, Minnesota and Wisconsin. No other Hy-Vee food items are impacted by this recall.

Hy-Vee has not received any reports of illness due to consumption of its salad. Customers who purchased this product should discard it or return it to their local Hy-Vee store for a full refund.

Symptoms of cyclosporiasis begin an average of seven days after ingestion of Cyclospora. Symptoms of cyclosporiasis may include watery diarrhea (most common), loss of appetite, weight loss, cramping, bloating, increased gas, nausea, fatigue, vomiting and low-grade fever. If not treated, symptoms can persist for several weeks to a month or more. People who are in poor health or who have weakened immune systems may be at higher risk for severe or prolonged illness.