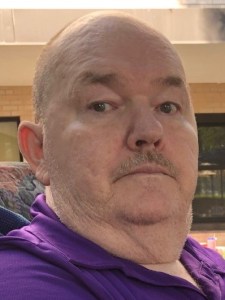 Jim Cates was born on September 1, 1951, in Cherokee, Iowa, to James L, and Rosemary (Lyman) Cates, Sr. He graduated from the Cherokee Washington High School in 1971. After graduation he enlisted in the United States Army and was stationed at Ft. Leonard Wood, Mo. for his basic training. After AIT he was stationed at Schofield Barracks, Hawaii, with the Infantry Division. He then was transferred to Ft. Hood, Texas. where he participated in “Brigade 75”, making three deployments to Germany as a specialist in Armored Vehicles. He married Pamela LaFave on May 18, 1972 in Cherokee, Iowa, and to this union four children were born, Nicole, Trevor, Ryan and Jarad. On March 19, 1991, Jim married Jeannie Johnson in Estes State Park, Colorado.

After leaving the Army, Jim worked in several states with the pork industry. At the time of his retirement in 2013 he had worked for twelve years at Daiken Applied in Owatonna, Minnesota where he was also a Union Steward Representative for #480. Prior to going into the care facility Jim had been a resident of Albert Lea, MN for several years.

In his spare time Jim enjoyed fishing, camping, boating, window shopping at Cabelas and he was a “serious” card player. He loved spending time with his family and making memories with his 9 grandchildren. His favorite foods were cut out cookies, ding-dongs and IBC Root Beer.