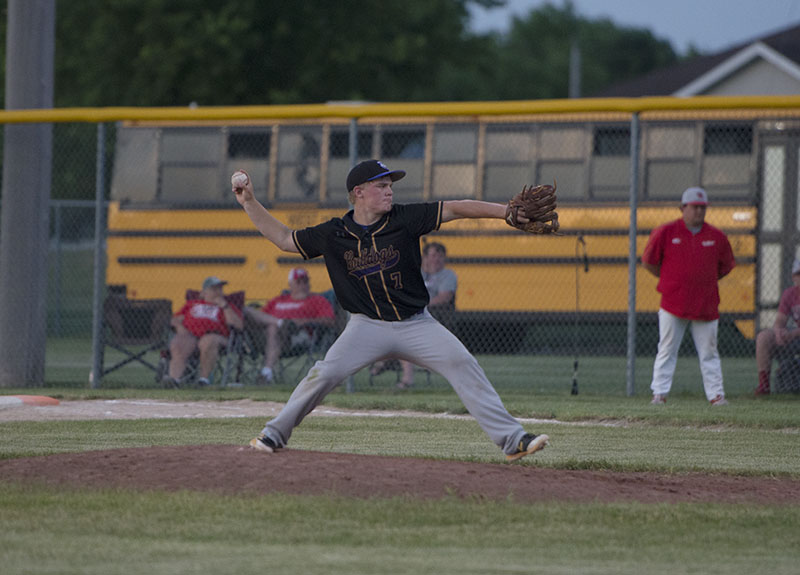 After giving up three runs in the first inning, the Lake Mills baseball team stormed back to win their season opener against West Hancock.

Leading by just one run in the sixth inning, the Bulldogs scored two more runs to open up the lead and beat the Eagles, 6-3.

The Bulldogs committed three early errors which led to three runs for the Eagles. However, the Bulldogs bucked down after their early mistakes and soon took the lead back for themselves. By the end of the fourth inning, the Bulldogs led 4-3.

The fourth, fifth and top of the sixth innings were played with stellar defense and pitching from both teams. Through those innings it was three up and three down for both teams, neither allowing a single base runner.

In the bottom of the sixth, however, Lake Mills broke that trend and scored two runs off a double from sophomore A.J. Ramaker. Lake Mills went into the seventh inning and held on to down West Hancock striking out the final three batters.

Junior Casey Hanson was a big part of that success only allowing three runs on two hits and striking out 18 of the 21 batters he faced.

At the plate, senior Jackson Rice and freshman Brady Hanson each had two hits. Both of Hanson’s hits were doubles. A.J. Ramaker and Jack Ramaker each had one hit. Rice had four RBIs while A.J. Ramaker had two.

The Bulldogs win their first game of the season and move to 1-0. They will be back in action Thursday when they travel to Clarion-Goldfield-Dows to take on the 0-1 Cowboys.