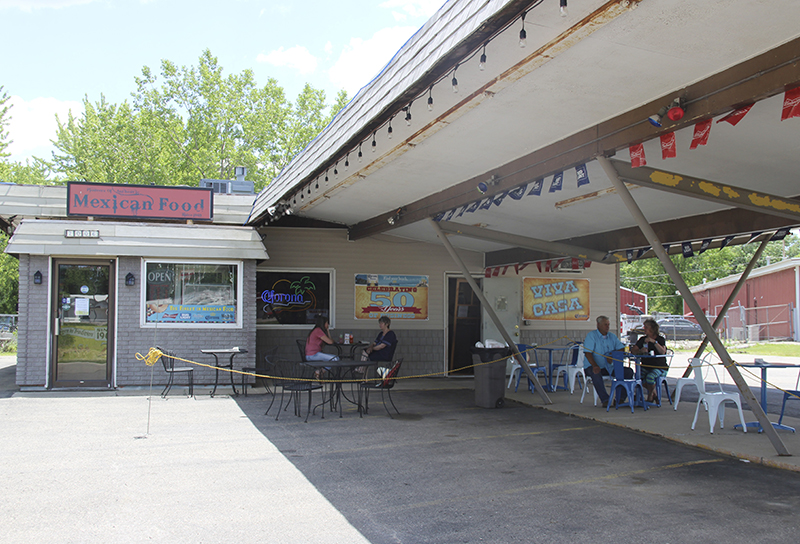 Almost three months after closing their doors because of the COVID-19 pandemic, Albert Lea’s Casa Zamora reopened on Tuesday for curbside takeout.

Though the popular Mexican restaurant could have opened for takeout in March and for limited indoor seating this week under Minnesota Gov. Tim Walz’s orders, Brenda Zamora, who manages the restaurant with her brother, Jay, said they are closely watching the science and the case numbers rise in Freeborn County and the surrounding communities.

“There was so much uncertainty,” Zamora said. “We had no idea what serving food was going to look like in the future. Now we have more certainty, and we don’t feel fearful about feeding people or eating out at certain places, but we’re still careful.”

The family-owned restaurant, which has been in operation for 50 years, has a small serving area, and they didn’t want to potentially expose their customers or themselves, she said, noting that many of their customers come from outside of Albert Lea.

She said word spread quickly that the restaurant was open for takeout, and they have been “slammed the past couple days,” Zamora said.

“We ran out of food the first night,” she said. “We cooked so much food throughout the day that at 6:30 or 7 we had to stop taking orders, and then we still worked until 9.”

The staff are still trying to get into the swing of things as they shift to takeout and doing things in a new way. 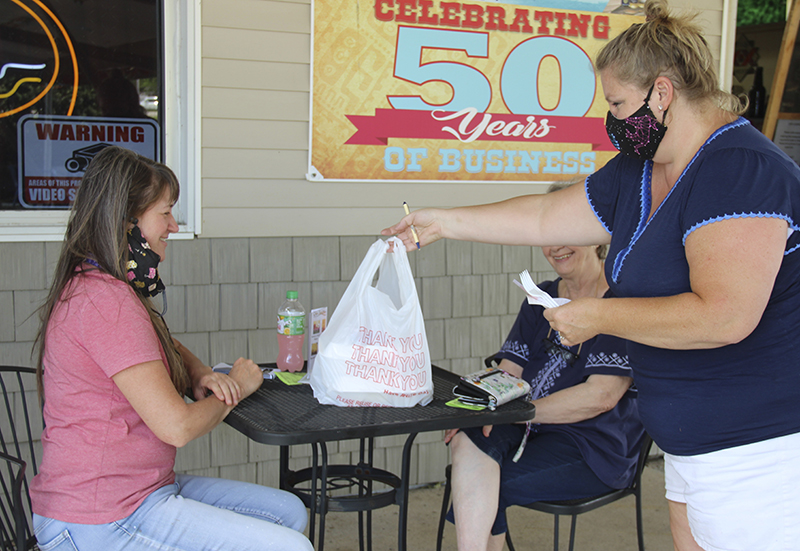 Two women are handed their food Friday afternoon after ordering at Casa Zamora in Albert Lea. The restaurant reopened for takeout orders earlier in the week. – Sarah Stultz/Albert Lea Tribune

They have launched a new online menu and ask that people call ahead and schedule curbside pickup. When making an order, the customer includes a description of their vehicle, so the employees know where to bring the food.

All staff are also wearing masks and gloves, including suppliers that bring goods to the restaurant.

They have 10 tables available at the restaurant that people can utilize if they are open to eat their food if they choose.

Zamora said she and the family are grateful for the community and the support it has given them since being reopened.

“It’s a great experience,” she said, noting they received a call yesterday from someone who lived 60 miles away and have heard from others who were passionate about it being reopened.

The family will continue to monitor the case numbers in the area in determining whether to move toward indoor seating.

Also reopened this week were gyms throughout the state, which have been closed since March, along with movie theaters at limited capacity.

The Wells Flame Theatre was slated to reopen on Friday, limiting its facility to 75 people with social-distanced seating. Its Facebook page said because production companies won’t have new releases until late July or early August, it is putting out original big screen releases of classics and recent releases.