Mary A. Stiles passed away peacefully on June 12, 2020 at Thorne Crest in Albert Lea, Minnesota. She was 83 years old. Mary was born on September 22, 1936 in Albert Lea to Lee and Ethel (Lifeson) Jordan. She was baptized and confirmed at St. Theodore Catholic Church and graduated from Albert Lea High School. In the 90s she took one year of computer classes at what is now Riverland. 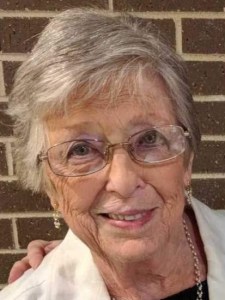 On November 13, 1954, Mary married Mike Stiles at St. Theodore Catholic Church in Albert Lea. She enjoyed bowling and playing softball for many years. She worked as a volunteer for St. Theodore’s Elementary as a playground supervisor, Brownie and Girl Scout leader, pre-school Sunday school, CCD program at St. Mary’s and St. Theodore, and the confirmation program. She also served as eucharistic minister and was on church council. Mary was involved with and was a facilitator for new beginnings and the grief support group, also serving on the board for many years for the grief support group.

Mary worked at West Side Pharmacy, Clinical Psychiatric Service, and Luther Social Service. In her free time, she enjoyed watching Twins Games and Minnesota Gopher Football. She enjoyed her trips to Hawaii and vacation trips with her daughter. She treasured the friendships of her neighbors and staff at Thorne Crest.

Mary is survived by three daughters, Sue (Stiles) and Jim Nielsen of Rochester, MN, Shar (Stiles) Wasmund of Albert Lea, MN, and Sandi (Stiles) Henrikson of Plymouth, MN; five grandchildren; five great grandchildren; sister-in-law, Bernadette Jordan of Salmon Arm, BC, Canada; nephew Joe and his daughters in Chile and niece, Jana and her husband Chris and daughters in BC, Canada. She was preceded in death by her parents, Ethel and Lee Jordan; husband, Mike Stiles; brother, Tom Jordan; and grandson Lee Jordan Henrikson.