My Point of View: Let’s have honest discussion about policing, racial injustice

My Point of View by Jeremy Corey-Gruenes 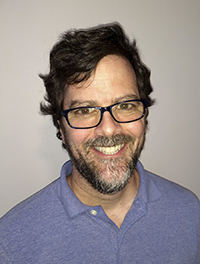 George Floyd’s murder and the subsequent international protests have highlighted long-term, serious problems with policing and racial injustice in the U.S. It’s long past time to have honest discussions about these injustices and to change the systems of power that maintain them.

So I was bothered when reading Angie Hoffman’s recent My Point of View column. Her focus for roughly the first half was supporting local police officers because they’re good people and friends of hers. I don’t question her sincerity, but I do question the timing and context of the message. Writing in the aftermath of George Floyd’s murder at the hands of Minneapolis police, Hoffman never mentions George Floyd by name, instead using the phrase “recent events in Minneapolis,” which minimizes Floyd’s murder and the outrage that has followed.

Let me be clear, I respect and appreciate our local police officers. They perform well in challenging, dangerous positions that most of us would never take on. However, I find Hoffman’s emphasizing empathy for police over empathy for victims of police brutality problematic, because within it lies the flawed assumption that to criticize specific acts of police brutality is to criticize all police, shifting the focus away from the injustices we should be examining and onto something else entirely.

We cannot have honest discussions about police reform until we accept the fact that we can both criticize the undeniable problems of racial injustice in policing and simultaneously support police officers who do good work. It’s not an either/or situation.

While attending the Justice for George Floyd Rally in Albert Lea two weeks ago, I was glad to see Director of Public Safety J.D. Carlson and other officers participating. They were friendly and helpful at the rally and later ensured safety as protesters marched downtown. In short, they were great.

In conversing with Director Carlson through email, he said “The right to demonstrate is cherished in this country. And as law enforcement officers, we’re charged to ensure others peace and ability to do so.” He emphasized that police brutality of any kind “is unacceptable, (whether) participating in it or condoning it.” I have no doubt Director Carlson really believes that. However, we can’t pretend that all police officers do, too — evidenced by the over 400 acts of police brutality across the nation that have been captured on video in the past three weeks.

Further, while J.D. Carlson and members of the ALPD were kneeling with demonstrators in memory of George Floyd here in Albert Lea, in Minneapolis Bob Kroll and his Police Officers Federation were actively working to save the jobs of the four officers charged with George Floyd’s murder — even Derek Chauvin, who mercilessly pressed his knee on George Floyd’s neck for nearly nine minutes until he died.

That is what blindly defending police officers looks like, and it has to stop.

Until we’re honest about the fact that some powerful people in both law enforcement and police unions clearly do condone police brutality — especially when perpetrated against people of color — we cannot hope to move forward with police reform.

And that’s my problem with Hoffman’s column. She doesn’t directly condone police brutality, but she also doesn’t call it by its name, and she blames everyone but police for it.

The second half of Hoffman’s column blames long-term Democratic leadership in Minneapolis and other elected Democratic officials, including Gov. Tim Walz, for the “recent events in Minneapolis” (again, no mention of George Floyd’s name) before conflating this issue with criticism of Gov. Walz’s leadership during the pandemic.

But in calling for accountability, Hoffman fails to include the officers themselves or the Minneapolis Police Officers Federation — a union that has defended police corruption and fought against meaningful police reforms in that city for decades. In doing so, she shifts the blame away from those who have actually been guilty of committing, defending and covering up police brutality: police officers.

Do my words disrespect officers who do good work and neither participate in nor condone police brutality? No. I’m simply naming who is most directly responsible for police brutality rather than shifting the discussion into a false choice, of either being “for cops” or “against cops.” If we’re honest, those aren’t the only two options.

We need honest discussions about police brutality and racial injustice if we truly want to make things better. I’m sure we’ll learn a lot as Minneapolis leaders undertake the monumental task of completely re-envisioning the future of policing in their city. We would do well to track their progress and participate in similar discussions — honest, difficult, respectful ones — in outstate Minnesota, too. Let’s give it a try.

Jeremy Corey-Gruenes has been an English teacher in Albert Lea for 19 years. He can be reached at jcorey2@gmail.com.