Tigers get back on the field 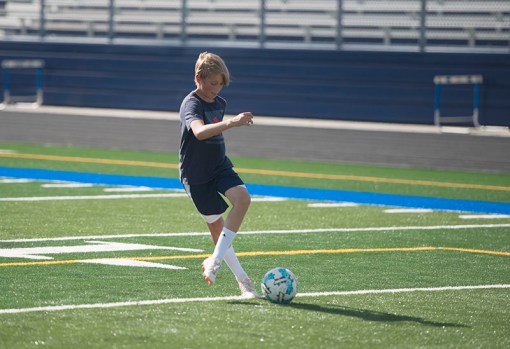 The Albert Lea boys' soccer team started optional team workouts Monday and held their second practice Thursday afternoon. Participants are required to sign up ahead of time and answer a series of questions before beginning practice. - Tyler Julson/Albert Lea Tribune 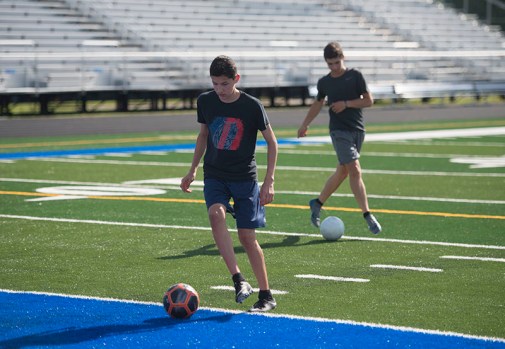 Players must follow a set of guidelines while practicing that includes no physical contact and maintaining social distancing. - Tyler Julson/Albert Lea Tribune 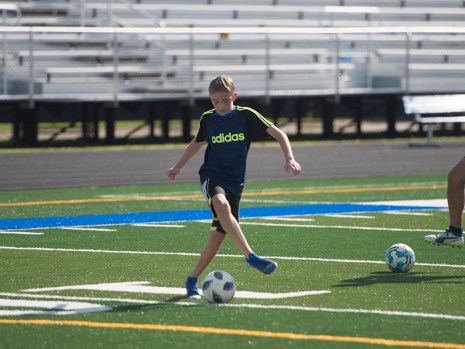 The workouts are completely optional and players can come Mondays from 10-11:30 a.m. and Thursdays from 5-6:60 p.m. - Tyler Julson/Albert Lea Tribune 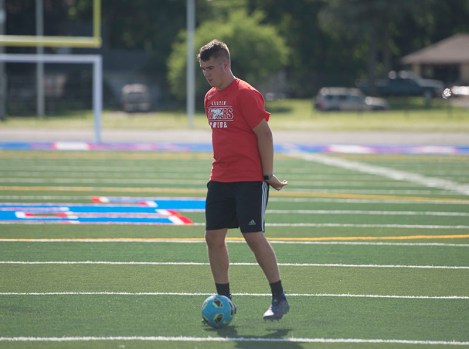 Although the fall sports season doesn't start until the end of August. Most of the athletes said they are just happy to be back outside and interacting with their teammates. - Tyler Julson/Albert Lea Tribune 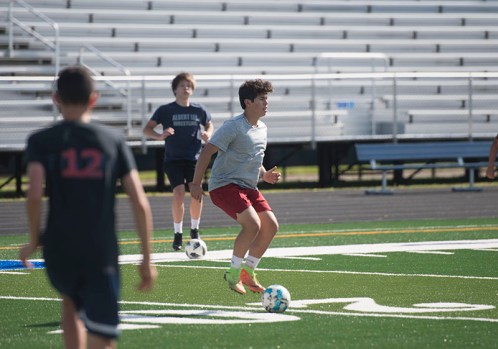 About 25 players showed up at the Thursday workout and spent time working on ball handling skills and other aspects that can be done without physical contact. - Tyler Julson/Albert Lea Tribune 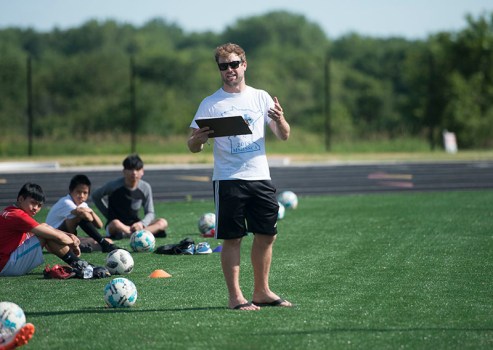 Head coach Zac Luther said he is glad to have the team be able to get together again. - Tyler Julson/Albert Lea Tribune

After a little more than three months of inactivity due to the COVID-19 pandemic, high school sports are finally starting to get back to action in Minnesota.

While the practices might look and play out differently than they have in the past, a lot of the athletes are just excited to be back on the field.

“It feels really good,” said senior Caleb Hanson. “This is my first soccer practice and honestly it just feels good to be able to see everyone. It’s good to build those relationships before the season and get back up to playing level conditioning wise.”

Hanson said he expects keeping the physical distance from his teammates to be the most challenging part about the workouts, especially since soccer can be a physical sport at times.

Players are required to sign up prior to practice using the Family ID accounts set up through the school. Once at practice, each player must answer a short set of questions about how they are feeling or if they have had contact with anyone diagnosed with COVID-19, among other questions before being allowed to start.

For returning sophomore Kadin Indrelie, the biggest difference he has noticed so far is also the physical aspect of practice.

“The only real difference for me was, instead of the contact part, which I’m used to in most sports, we’ve just been focusing on footwork and that kind of stuff,” Indrelie said. “Being a defender, contact is a big part of the game, so that’s been a little weird for me.”

Head coach Zac Luther said they are allowed to have 40 players practice if they spread out and use the entire field. So far, however, each practice has drawn about 20 to 25 players each.

“I’m super excited to be out and get a little bit of a sense of normalcy after losing the spring season,” Luther said. “Just being out training with the guys again has been a lot of fun.”

Luther said the practices have been set up to follow the guidelines of the Centers for Disease Control and Minnesota Department of Health. The players have been working on a lot of individual skills and not doing drills that would require physical contact, according to Luther. They are also trying to keep the ball on the ground as best they can and not touch them with their hands as a way to try and stop the spread.

While the start of the fall sports season is still two months away, Luther said the start of practices have given him and the team a little bit of hope the season can still happen.

“It’s nice to think that since they’re letting us get together, that does seem to bode well,” Luther said. “But we’re still going to take it day by day.”