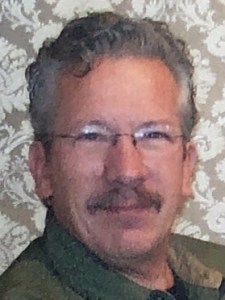 He joins his beloved wife, Doris Perrault Guion, up in heaven. He was a loving and loyal husband, son, father, grandfather, great-grandfather, brother, uncle, and friend.

Timothy is preceded in death by his parents: Joseph William Guion, Dolores Agnes (Carey) Guion and sister who was lost at birth; step-daughter, Rhonda Perrault Holker.

Timothy served in the US. Navy with honorable discharge just shy of 4 years due to an injury. He was honored as the Outstanding Recruit and he was also a Seabee, another elite accolade he earned. He was even prouder to have been a son, brother, father, husband, grandfather, great-grandfather, and friend to those that he loved.

Timothy graduated from Harding high school, class of 1973. Timothy held the Triple Crown in Track and Field, winning 3 titles in one season – the fastest ½ miler in the state of Minnesota. Timothy also studied law enforcement at the University of Minnesota. He was a longtime employee at Pepsi, and retired from Carbonic Machines. Timothy enjoyed woodworking, riding his Harley with his loving wife and traveling to places like the Black Hills, California and Hawaii. He always had a smile, and was willing to help anyone.

Timothy Guion died a hero – protecting those he loved. And so we honor his memory by living our lives with the same heart and love that he shared with those around him. Rest in Peace.

Visitation Monday, June 22, from 1-2 PM, followed by Memorial Service at 2:00 PM, all at the Tiowakan Spiritual Center, 14625 Prairie Grass Dr. NW, Prior Lake. Interment Shakopee Mdewakanton Sioux Community Cemetery. Per regulations, social distancing will be observed, and masks are suggested. *Livestreaming of the funeral service can be viewed at https://shakopeedakota.org/guion

Condolences may be shared at www.mcnearneyfuneralhome.com.