Holly Rahn attended the 2020 Just For Kix annual convention with over 150 Just For Kix youth program directors from Minnesota, North Dakota, Texas, Iowa, Illinois, Washington, Wisconsin, Florida, Nebraska, Colorado, Oregon, Idaho and South Dakota, according to a press release. The 2020 directors convention was held virtually via zoom on June 22 and June 23 and was hosted in Brainerd. 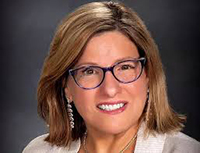 Cindy Clough, the executive Director and founder of Just For Kix, praised the work and dedication of each director, the release stated.

“This year our directors convention paid tribute to how the teaching and talents of our directors allow youth to achieve and create life stories,” Clough stated in the release. “Our directors give so much of their time to teaching, we need to remind them how their teaching empowers others and inspires youth to work towards outstanding performance.”

The challenges created by navigating through COVID-19 with learning to adapt to virtual classes, stay strong while losing a great deal of their income, and surviving this tough time both mentally and financially was applauded, according to the release. 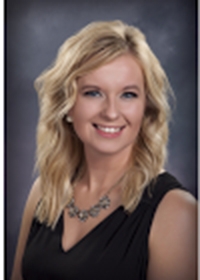 The theme of this year’s convention was “Rise Up” and was chosen long before COVID, but it was a fitting theme, the release stated.

Rahn has been the Albert Lea Just For Kix director for five years and has been coaching for 14 years.

“The dancers had a rough end to their year this season and we are so inspired to see and begin dancing again. Their hard work deserves to be celebrated,” she stated in the press release.

The 2020 convention also highlighted the 39th anniversary of Just For Kix and offered multiple educational and programming classes to assist in furthering the directors’ dance curriculum knowledge and sessions on resources for program development.

The overall experience allowed for the directors to pull together virtually, to collaborate and engage with the Just For Kix home office staff.

For 27 years, Just For Kix has had a directors convention. Just For Kix orchestrates youth dance programs in 14 states at nearly 200 locations, engaging over 26,000 youth dancers.

Directors will have more opportunities than typical years to do virtual conferences and continuing education all summer long.  The company has added a camp for three days that directors can participate in.

July 20 through July 22, dancers can sign up for the virtual camp, too, at www.justforkix.com/danceclasses/dance-camps/.

Directors can also attend a virtual coaches conference that spans five days in July, and numerous other continuing education opportunities presented by the home office support team will be offered through July, August and into September.  Keeping JFK directors on the top of their game is the goal of the support team, the release stated.