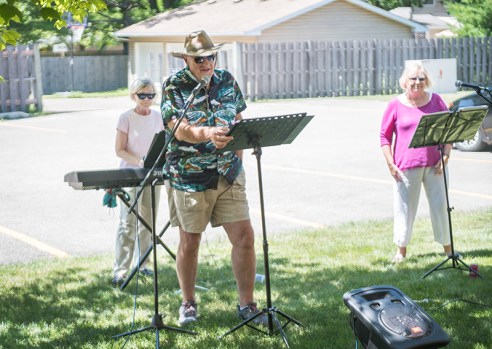 Gaylen Benson, accompanied by some family and friends, performed for residents of Thorne Crest Senior Living Community on Friday afternoon. Benson's mother, Connie, is a resident at the facility. - Colleen Harrison/Albert Lea Tribune 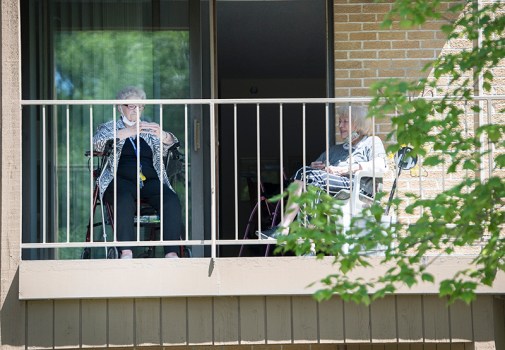 Residents were able to sit on their patios or sit out on the lawn to hear the performance. - Colleen Harrison/Albert Lea Tribune 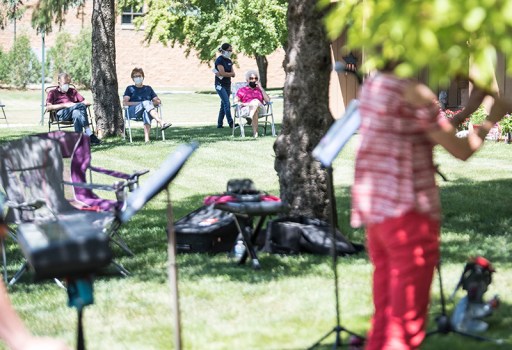 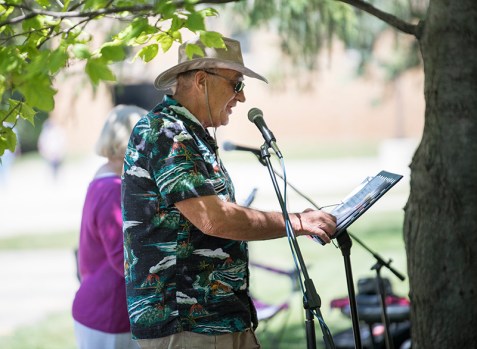 A resident of Tennessee, Friday was the first time Gaylen Benson had seen his mother since last summer. - Colleen Harrison/Albert Lea Tribune 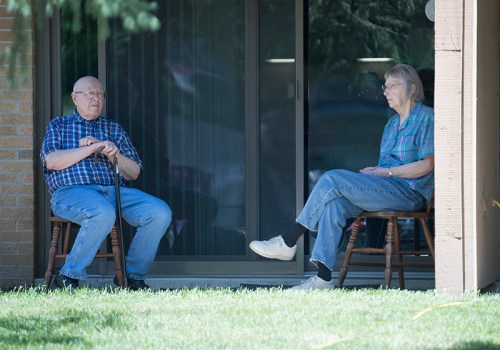 Residents were able to sit on their patios or sit out on the lawn to hear the performance. - Colleen Harrison/Albert Lea Tribune

Man returns to area to perform for his mother, other residents

About a month and a half ago, Gaylen Benson of Clarksville, Tennessee, received a phone call from his mother who lives at Thorne Crest Senior Living Community in Albert Lea.

Connie Benson, 97, asked her son to send her a CD of some of his music.

With the limitations that have been in place because of the COVID-19 pandemic, he decided that instead of making a CD with his music, he would come out to Minnesota and provide a small outdoor concert for his mother and the other residents at the senior community.

“I just didn’t want to see another year go by without seeing her,” he said. “I thought, ‘Let’s just go put on a concert.’”

Gaylen Benson and his wife, Sharon; his cousin Lana Gilster, who spends half the year in Minnesota; and friend Karla Iacovino, of Blooming Prairie, performed two concerts outside of Thorne Crest on Friday afternoon, one on the lawn near the west parking lot and one in the front of the building. Musical selection included religious, patriotic and “a dash” of contemporary, he said.

“We’re singing some of her favorite songs,” Gilster said. “We are specifically singing for her.”

Gaylen Benson said he was born and raised on a farm outside of Blooming Prairie, and his mother has lived in Albert Lea since 1973. He said he has been a soloist in church for probably about 15 years and has also sung with mixed groups and show choirs and in some musicals.

Gilster said she and Gaylen Benson had performed duets together before, and Iacovino is a friend and classmate from high school in Blooming Prairie who is also a musician.

Connie Benson watched from a balcony on the west side of the building, along with some of the other residents. Additional residents came down and sat on chairs in the grassy area nearby.