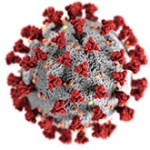 Thirteen new deaths were reported across Minnesota on Thursday. Provided

The newest deaths brought the total to 1,458 since the pandemic began. But the average daily count since mid-June remains in the single digits.

The count of people currently hospitalized rose to 274, but the number needing intensive care dipped to 123. The daily ICU count is the lowest its been since late April. Despite the jump in cases reported Thursday, overall hospitalizations have trended downward over the past few weeks.

Minnesota now has 37,210 positive tests for the disease during the outbreak. About 86 percent of those testing positive have recovered to the point they no longer need to be isolated.

Among those who’ve died in Minnesota, nearly 80 percent were living in long-term care or assisted living facilities, nearly all had underlying health problems.

Fears of the Fourth

The newest counts come amid worry over new outbreaks if people ease up on safety measures over the July Fourth holiday weekend.

Health Commissioner Jan Malcolm and others are imploring groups gathering over the Fourth of July to meet outdoors instead of inside and to wear masks and social distance even when outside.

Minnesotans in their 20s now make up the largest age group of confirmed cases — nearly 8,000 since the pandemic began.

The median age of confirmed cases in Minnesota has been dipping and is now just under 39 years old, Malcolm noted Wednesday as she cautioned young adults to not let their guard down.

“Remember that you’re not invincible and neither are your loved ones,” she said, adding that young people risk spreading the disease to grandparents and other potentially vulnerable family members.

Malcolm on Wednesday reiterated that the governor is “very seriously considering” a mask requirement and that she and other state health experts would support that move.

A new hospitalization was reported, bringing the county’s total hospitalized since the beginning of the pandemic to 22. Four remain hospitalized today.

Mower, Steele and Waseca counties each reported four new cases, bringing their totals to 932, 223 and 62, respectively.

Faribault County had one new case, and has had 54 cases.