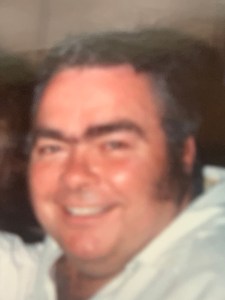 Ellery grew up on the family farm and graduated from Glenville High in 1962. He worked with his uncle at Jordahl Meats in Manchester MN; shortly after high school, he started working at Wilson & Co. on the production line and quickly moved up to supervisor.

Ellery married Patricia Okland in 1964. He was involved with and enjoyed stock car racing from 1963-1967 and was a member of the local car club “Kingsman” in Albert Lea. Ellery loved hunting fox and deer with his family and friends. Ellery was also involved in several entrepreneurial ventures with his brother, Gary. In 1971, Ellery moved to Eau Claire, WI where he met & married his wife Marlys (Whitwam) of 49 years. Ellery continued his entrepreneurial ways throughout his life. In 1978, he moved to Osseo, WI and enjoyed farming and country living. In 1986, Ellery was born again and started a ministry of spreading the gospel of Jesus to family, friends and others using EJ’s Café as his first of many “tent-maker” jobs. Ellery enjoyed fishing, lawn care, spending time with his grandkids, playing cards (hand & foot”), cooking, visiting with friends, traveling, his public service on the Eau Claire County Board and most of all spending time with family at the cabin on Tom Lake, where he said, “This is God’s country”.

Ellery was preceded in death by his parents, Nervin and Lucille (Hahn) Jordahl; 2 brothers, Ronnie and Gary.