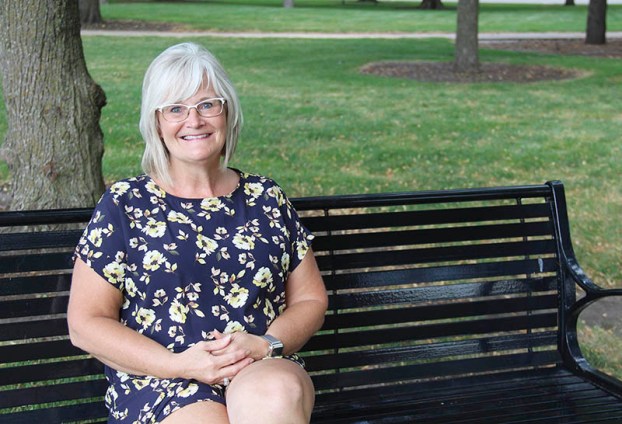 One of the honored cancer survivors for this year’s Freeborn County Relay for Life is stressing the importance of regular physicals and mammograms to assist in early breast cancer detection.

DeeAnn Goette of Freeborn knows firsthand how critical these tests were for her in her breast cancer journey three years ago.

Goette said thanks to an annual mammogram, doctors were able to catch her cancer early, preventing it from growing larger and spreading to other areas of her body.

“I had just been there the year before and there was nothing there, and if I had waited three to five years, it may have gotten into my lymph nodes,” she said.

The diagnosis of bilateral breast cancer came at an already challenging time — Goette’s father had just passed away the week before, and she was still mourning his death. However, she moved forward as recommended with a bilateral mastectomy and then reconstruction at the Breast Cancer Center in Rochester.

She said because the cancer was caught early and because she went through with the mastectomy, she did not have to go through chemotherapy or other treatment.

“I’m very fortunate because they caught it early,” Goette said.

She has been cancer-free ever since.

After her diagnosis, Goette, who works as a certified ophthalmic assistant at the eye clinic at Mayo Clinic Health System in Albert Lea, decided to get involved with the Freeborn County Relay for Life, form a team and raise money to go toward the fight against cancer.

“This has changed my life and how I look at everything,” she said of her cancer journey.

Though this year’s relay will be different than her first two years because of the COVID-19 pandemic, she hopes people will still get involved in whatever way they can.

Instead of a large gathering at one location where people listen to speeches and have a traditional survivor walk, this year participants are raising money on their own and then the community is invited to drive through Edgewater Park to look at luminaries from 7 to 9:30 p.m. Aug. 8.

She said she and Sally Skrlin, the other honored survivor, will record their speeches for the radio that would have typically been given at the event. There will also be food trucks available for people to purchase food if they wish.

If people are interested in purchasing luminarias in honor or memory of a friend or loved one, they can do so at the Albert Lea-Freeborn County Chamber of Commerce or online through the Freeborn County Relay for Life webpage.

They will also be selling T-shirts for $10 each on the website.

Look to the Tribune in the coming days for a story about Skrlin’s cancer journey.

More info.: This year, instead of the traditional ceremony, there will be a drive-thru opportunity for people to drive through the park and look at luminarias in honor or memory of people who have experienced cancer.

After spending two years on the side of the pool as the assistant coach, Angel Welch will move up to... read more