A memorial Service for Irene Bock will be held at 11 AM on Thursday, July 23 at Bayview/Freeborn Funeral Home. Visitation will be held one hour prior to service. Social distancing guidelines will be followed and masks are required. 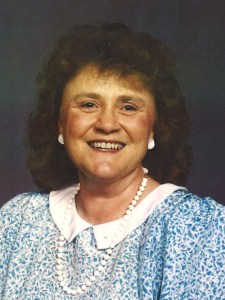 Irene Ann (Henderson) Bock was born October 22, 1940 and she grew her beautiful angel wings Saturday, July 18, 2020 at 10:45 AM peacefully at home with her son LuVerne and daughter-in-law Wendy by her side. Irene persevered despite having Alzheimer’s for over 10 years. She passed away from complications of a stroke/brain bleed from a fall after having the stroke.

Irene was raised on the family farm in rural Lake Mills. She was confirmed at Sion Lutheran, Lake Mills and attended First Lutheran Church in Albert Lea in her adult life. She enjoyed sitting in a chair near a window with the Bible and read daily. She graduated from Lake Mills school. She married LuVerne R. Bock in 1959. She had 6 sisters and one brother. She spent most of her life raising her sons, 2 grandchildren and 5 of her great grandchildren. She was there for her sons and any family no matter what the circumstances. She truly loved unconditionally. Irene loved dancing and socializing with family and friends. She adored the outdoors and leisurely driving to see the countryside. Irene worked at many local factories such as Fleet Guard and Winnebago. She worked in dietary at Mayo Health Systems (Naeve Hospital) before she turned to her true calling of Personal Care Assistant where she give herself to care for others. She belonged to several local clubs such as the Moose and Eagles.

In lieu of flowers please donate to: www.gofundme.com/f/irene-bock-funeral-expenses