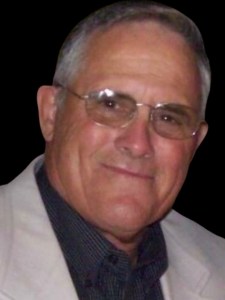 Robert “Bob” Arnold, Sr. succumbed to injuries received in  a single-vehicle car accident on Tuesday, July 21. Bob was born and raised in Clear Lake, Iowa  attending Clear Lake Community Schools. He left school to join the US Army. In 1960, following  his tour of duty, he and his bride settled in Clear Lake.  Bob worked a number of jobs over his life including working on the line at Iowa Beef  Processors, and Wilson Foods. Never one to remain idle, he took on house painting and home  remodeling jobs. He was a member and worked for the Fraternal Order of Eagles Club 2258 in  Albert Lea for many years. Bob married the love of his life, Bonnie Rowe Aastrup, in 1971 and they made their home in  Albert Lea, Minnesota for over the past forty years. They were inseparable and loved to travel  to Texas, fishing, gambling, and going for ice cream. Through the Eagles Club, they found many  lifelong friendships and it was the gateway for them to travel the United States, and to work  closely with the Make a Wish Foundation.  Bob loved a good joke, laughing, and making others laugh. He was always brimming with  upbeat antics, and anyone around him was simply destined for a fun time! His gregarious  nature will be greatly missed, and all who knew and loved him would surely agree – we would  all benefit for some of his fun-loving energy to rub off on us.  Bob is survived by his seven children: Danny (Abby) Aastrup Iowa Falls, IA; Jay (Paul) Aastrup  Alta Loma, CA; Bob (Deb) Arnold Albert Lea, MN; Mike (Scarlet) Aastrup Ankeny, IA; Robynn  Gudbaur, Noel, MO; Vickki (Mark) Kirchhoff Clear Lake, IA and Kelli (Brett) Smith Bella Vista, AR.  He has sixteen grandchildren, and twenty-four great grand-children. He is also survived by  Nancey Guhl, his re-discovered girlfriend from grade school, and his brother, Jerry Arnold – both  of Clear Lake, IA. Bob is preceded in death by his parents, Sam and Dorothy (Howe) Arnold of  Clear Lake, and Bonnie, his wife of 44 years.

In accordance with Bob’s wishes, his body was cremated. A graveside memorial will be held in  Clear Lake at a later date.  In lieu of flowers, memorial contributions can be made in his honor  to the Make a Wish Foundation https://mn.wish.org or the American Cancer Society  https://donate3.cancer.org He would have made it to the pearly gates sooner but someone  tied his shoes together while he was napping!