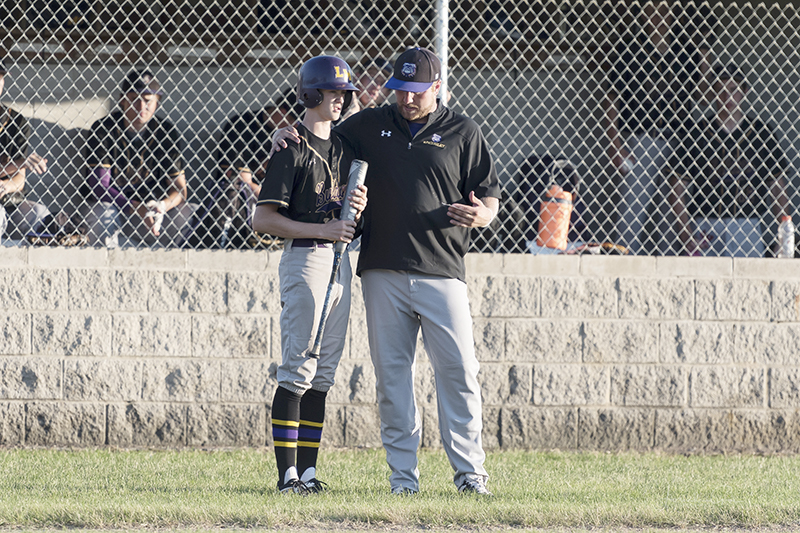 Lake Mills head coach Chris Throne was named the Top of Iowa West Conference Coach of the Year in the 2020 season after leading the Bulldogs to their first conference championship since 2001. - Lory Groe/For the Albert Lea Tribune

LAKE MILLS — In his third year as head coach of the Lake Mills baseball team, Chris Throne was named as the Top of Iowa West Conference Coach of the Year.

With the season being cut down to about half the amount of games as normal, the Bulldogs played in six conference games this season and won all six by a dominating combined score of 31-10.

The 6-0 mark in the Top of Iowa West Conference play led the Bulldogs to their first conference championship since the 2001 season, something Throne said is one of the main takeaways this season.

“The most obvious one is being able to win conference for the first time since 2001,” Throne said. “This was a huge credit to the players and how they were able to jump right into a weird season and be ready to play.”

The Bulldogs did get out to a hot start to the season, going 8-2 through their first 10 games. However, a four-game skid to end the regular season put them in a tough place to start the postseason, causing a stumble in the first round of the substate playoff.

Lake Mills was defeated and eliminated from the postseason  by Central Springs, a team Lake Mills defeated 6-0 earlier in the season. 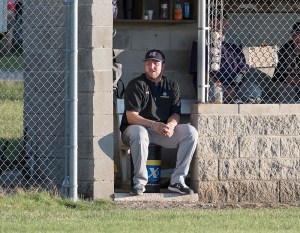 After three seasons as head coach, Throne has led the Bulldogs to a 40-28 overall record and a 26-13 record in the Top of Iowa Conference. – Lory Groe/For the Albert Lea Tribune

Despite the losing streak to end the season, the Bulldogs still had many accomplishments to hang their hats on, including their conference championship, the conference coach of the year, the conference player of the year in junior Casey Hanson and a total of five players named to the All-Conference teams.

The success of this season was nothing new to Throne. After his third year as head coach, Throne has led the Bulldogs to a combined record of 40-28 overall and 26-13 in conference play.

He attributed the success of this season to the players’ work ethic and attitudes.

“It it 100% the players’ attitudes,” Throne said. “They knew every game had added importance with not playing as many. They understood our goals and they played very well leading up to winning the conference.”

In order for the Bulldogs to keep that success rolling into next season, they will have to do so without six seniors, including  Jackson Rice, Mason Fritz and Chett Helming, all of whom started all 15 games for the Bulldogs this season. Tyler Helgeson, Logan Prescott and Nate Lorenson are among the other seniors leaving the team.

Throne said players getting back to work as soon as they can will be a big part of the team’s success in the future.

“We need to be able to get back in the gym when we can, morning throwing in the winter and open cages,” Throne said. “We will have a few key pieces back, but there will need to be some younger guys that will have to step in. The confidence we gained from this year will be big for our team.”