Across the Pastor’s Desk: There is still hope for America

Across the Pastor’s Desk by George Marin

It appears we are a nation divided. 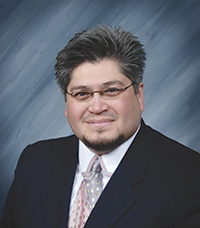 As a patriotic American, my heart is deeply troubled to see our nation in such a state. Right now, the words “United States of America” just do not seem to reflect our country. Unity does not connote uniformity, but rather commonality. Unity is more about harmony, rather than total unison. In music, harmony is created by joining different notes that work together to create an appealing sound; but, dissonance occurs when clashing notes are introduced, causing tension.

Our tensions as a nation touch every level of society. The divisions are not only social and political, but harsh and hateful. If we continue down this path, the America we know could one day disappear. This does not have to happen. There is hope for America. Our first hope is found in Jesus, and then in a desire to find commonality with each other.

The prophet Amos wrote, “How can two walk together unless they are in agreement?”

Agreement does not require all to believe, practice or think the same way; but, again, to find common ground. To find commonality with those with opposing views can be a quantum leap. Especially in an election year, it is very important for us to try our best to find common ground with others. Opposite positions can be painful, but can also teach us many wonderful things when we embrace differences.

Eric Hoffer wrote, “It is the pull of opposite poles that stretches souls. And only stretched souls make music.”

Herman Hesse said, “Our mind is capable of passing beyond the dividing line we have drawn for it. Beyond the pairs of opposites of which the world consists, other, new insights begin.”

I believe most of us would be surprised at how much we have in common with those we see as different from us.

To find commonality with others, I suggest, takes three basic things: First is courage. Courage is needed to learn, to grow and to press on past the boundaries we have set for ourselves or those set for us. This can be difficult; but, in doing so, there are many new experiences and learning to be gained. Blacks, whites, Republicans, Democrats, liberals or conservatives — we all share the planet, and are all members of the human race. We are more interconnected than we think through the bonds of humanity.

Second is a desire for human connection. Jesus modeled this better than anyone. As the sinless son of God, he was a friend to sinners. He was perfect in every way, yet he connected with the imperfect without hesitation. In fact, the only ones with whom he found ought were those who thought they were above the law or thought themselves better than others.

Over the years, connection has become one of my top priorities, and my life has become much more meaningful by learning, growing and connecting. I have been blessed to build beautiful, meaningful relationships with people whose political and social views are opposite of mine.

Third is humility. This might be the most difficult step of all. Approaching people and issues from a position of openness and humility can build bridges rather than burn them. This is an ongoing learning process for most of us, but doable and necessary.

Humility says to those opposite of us, “I am here, I am willing to listen, I want to learn, and you matter to me.”

John F. Kennedy wrote, “Let us not seek the Republican answer or the Democratic answer, but the right answer. Let us not seek to fix the blame for the past. Let us accept our own responsibility for the future.”

Humility will do more for us as a nation than arrogance and rigidity.

On this note, I leave you with the words of the Apostle Paul to the Philippian believers, “Do nothing from rivalry or conceit, but in humility count others more significant than yourselves. Let each of you look not only to his own interests, but also to the interests of others.”

George Marin is a pastor at Grace Christian Church in Albert Lea.

Across the Pastor’s Desk: Hope and extravagant love

Across the Pastor’s Desk by Kristi Mitchell   “Therefore, since we are justified by faith, we have peace with God... read more