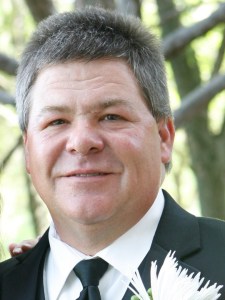 Chris was born on May 8, 1962 in Cambridge, Minn., to Charles and Ann (Ferden) Austad. He grew up in Bemidji, Minn., and was a graduate of Bemidji High School and North Dakota State College of Science in Wahpeton, N. Dak.

He was the proud father of three children: his son Jacob, and daughters Elise and Ericka.

Chris enjoyed long talks, conspiracies, learning, vehicles of all sorts, and wordplay. He was always full of news and jokes and was never boring. Above all, he loved spending time with his family. He was a devoted, committed, doting grandpa and delighted in the time he spent with all of his grandchildren. He had several interesting career paths, his favorite of which was running his family farm, the most recent being an over-the-road truck driver. He owned two prior businesses: Shoe Repair Plus in Bemidji, Minn. and Tool Shed Inc. in Albert Lea, Minn.

He was preceded in death by his father Charles Austad; his grandfather James Ferden; grandparents Clarence and Lillian (Helgemoe) Austad; and uncle Robert Bell.