The Albert Lea City Council on Monday selected five finalists to be interviewed in-person in September for the role of city manager.

Gary Weiers, management consultant for David Drown Associates — whose company, DDA Human Resources, is leading the search for the new city manager — said 47 people applied for the position, and he selected 14 for video interviews. Two withdrew, and of the remaining 12, the council selected their top five based on a rating system.

The councilors each selected their top four candidates based on the video interviews, experience and education, and then based on those rankings, the finalists were selected.

The candidates were each assigned a number, and names were not released until Tuesday morning.

The finalists are as follows:

Weiers said he will next begin conducting background checks and reference checks on the finalists.

The five finalists are slated to come to Albert Lea for interviews Sept. 17.

The candidates will have small group interviews with city department heads, the council and community members, along with an interview with the full council. There will not be a meet-and-greet with the candidates because of COVID-19.

The council opted for the city to provide candidates with a one-night hotel stay while in town for the interviews. 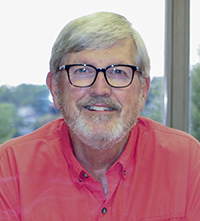 Sievert previously served as interim executive director of the Albert Lea Housing and Redevelopment Authority from October 2018 through May 2019 after former Executive Director Jon Ford resigned and before current Executive Director Jeanne Leick was hired.

Sievert will be paid $70 an hour and will receive mileage. He is an independent contractor.

In 2021, the employees would be placed on the city’s revised wage scale.

The Albert Lea cross country team has not hosted a home meet since 2001.

The resolution encouraged lawmakers to work in a bipartisan way to pass the bill during the special session in September.