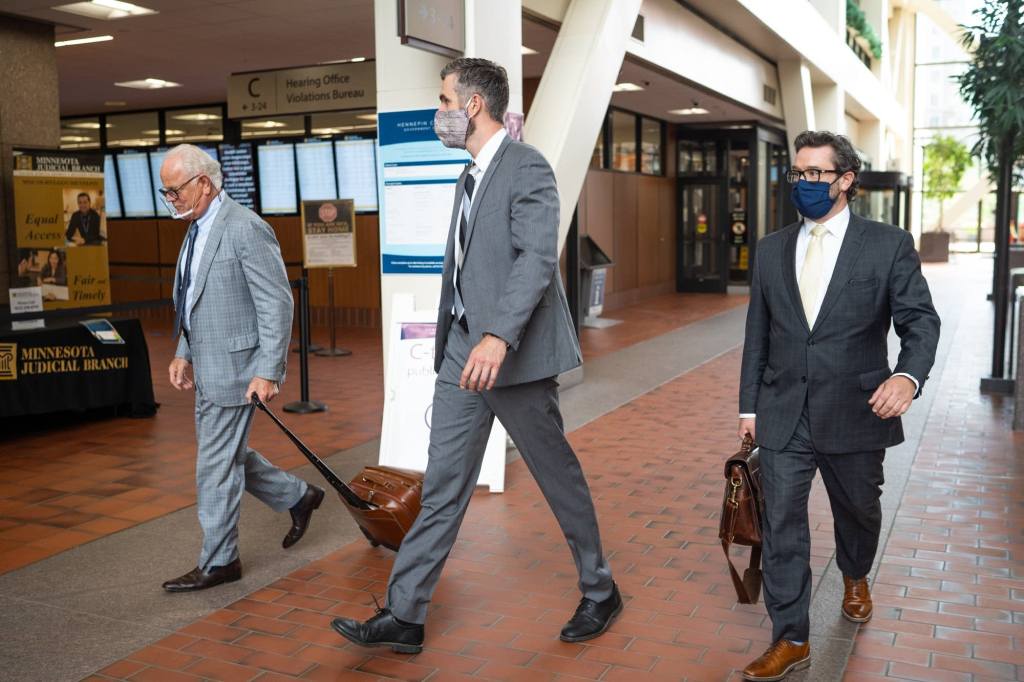 Authorities in Hennepin County are investigating how officer body camera video of George Floyd’s final moments was leaked to a British tabloid after the newspaper published the footage on its website Monday.

The footage is evidence in the cases of four officers charged in George Floyd’s death on May 25. It’s been made available for scheduled, in-person viewings at the courthouse, but until now, it has not been widely released because of restrictions set by the judge presiding over the case.

The Daily Mail said the footage was “leaked,” and it appears it could have been a bootleg recorded by someone who was playing the video from a laptop computer. The surroundings in the Daily Mail’s footage, which include a conference table and brown office chairs with unique patterns, appear similar to where the scheduled viewings took place.

A spokesperson for Hennepin County District Court said the courts are working with the Hennepin County Sheriff’s Office to investigate “how the Daily Mail obtained copies of two video exhibits.”

The leak would also violate orders issued by Judge Peter Cahill, although he hasn’t yet weighed in about the breach.

A list of people who viewed the video on July 15 obtained by MPR News didn’t show anyone overtly affiliated with the Daily Mail. It’s not unusual for British tabloids to pay people who have access to evidence, a practice that isn’t acceptable in American mainstream journalism.

A coalition of media organizations, which includes MPR News, has pushed the court to make the evidence more publicly available. The Daily Mail is not part of the media coalition. A ruling is expected on that motion soon.

Earl Gray, an attorney for former officer Thomas Lane, said he wasn’t aware of the leak, and said they’re still waiting for the judge’s order on making the evidence more public, which all four defense attorneys support.

Civil rights attorney Nekima Levy Armstrong said law enforcement agencies should release body camera footage within a couple days of an incident so the public can see what happened.

The body camera footage shows officers responding to a call about counterfeit $20 bills being passed at Cup Foods on the corner of 38th Street and Chicago Avenue in south Minneapolis. It shows the officers initially confronting Floyd, who was seated in a vehicle. Lane drew his gun just moments into the encounter, demanding to see Floyd’s hands.

In the body camera footage, a clearly distressed Floyd begs officers not to shoot him and not to put him in the squad because he is claustrophobic. It shows them wrestling Floyd to the ground, where then-officer Derek Chauvin placed his knee on Floyd’s neck for more than eight minutes.

The officers’ trial is scheduled for March. Cahill has said he’s concerned about holding a fair and public trial in “the age of COVID.”