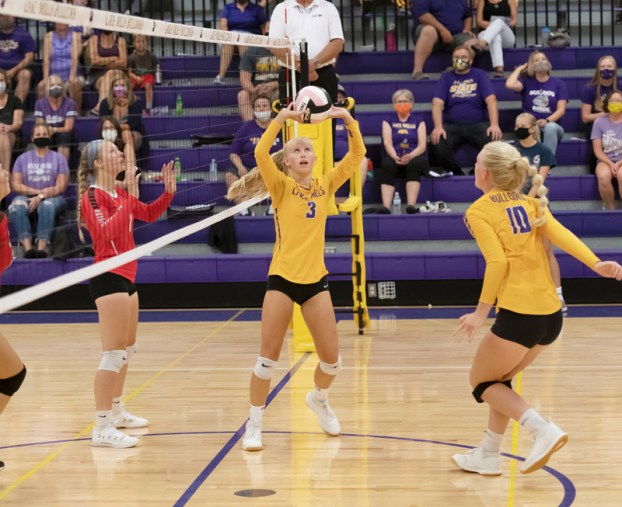 Junior Leah Moen sets up a ball for a teammate in Lake Mills’ game against West Hancock Thursday night. The Bulldogs won the match in straight sets, 25-6, 25-7, 25-8. - Lory Groe/For the Albert Lea Tribune

Senior Kylie Greenfield led the team in kills with 11. Junior Brooke Bergo had four, while sophomore Ella Stene and junior Kenna Vanek each had three. In total the Bulldogs had 24 team kills and a .439 hitting efficiency.

“I am extremely pleased with our hitting efficiency,” said head coach Jim Boehmer. “We have talked a lot about being efficient and (Thursday night) we took care of the ball when we had the chance.” 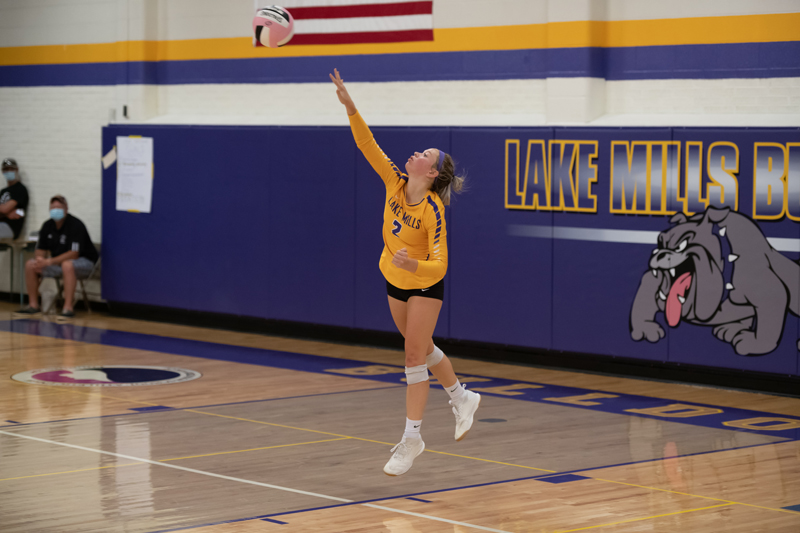 “Leah and Kenna did a nice job running the offense tonight and gave us a chance to run the tempo we hope to this year,” Boehmer said. “I was very pleased with their first varsity start.”

“I am also very pleased with our aggressive serving,” Boehmer said. “We are doing some things differently at the serving line this year and we are preparing differently and I think we took a nice step toward improving our aggressiveness. We need to stick to the process.”

The Bulldogs improve to 1-0 on the season and will play again Thursday when they travel to take on the Broncos of Belmond-Klemme.