A talent for cartoons 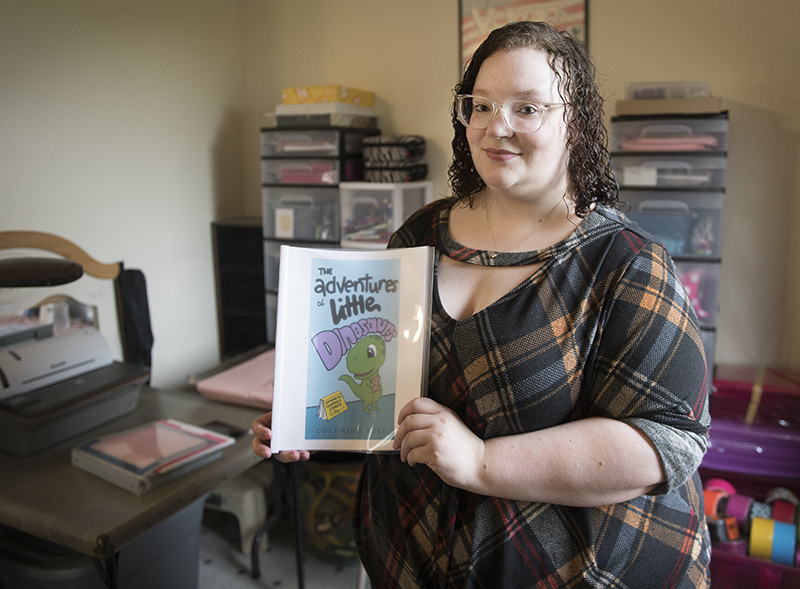 ALDEN — As long as she can remember, Alden resident Courtney O’Byrne has enjoyed drawing.

For O’Byrne, the passion has centered around cartoons, as she uses her imagination to draw cartoon animals of all types.

In recent weeks, she has gained newfound attention for her work after what started as a request from a friend.

O’Byrne, 31, said she was sharing her drawings on Facebook when a friend asked her to create three dinosaurs for her three children. She created a dinosaur for each of the children and then drew various pictures of the animals having different adventures, such as playing in the snow, eating ice cream and playing basketball.

The drawings turned into an 18-page coloring book titled “The Adventures of Little Dinosaurs.”

“It’s little scenes of what little kids would do on a daily basis in dinosaur form,” she said.

She posted the complete coloring book on her Facebook page and already has received 50 orders for more.

She said she has been surprised with the response, but pleased, as people have told her before that she should an illustrator for children’s books. 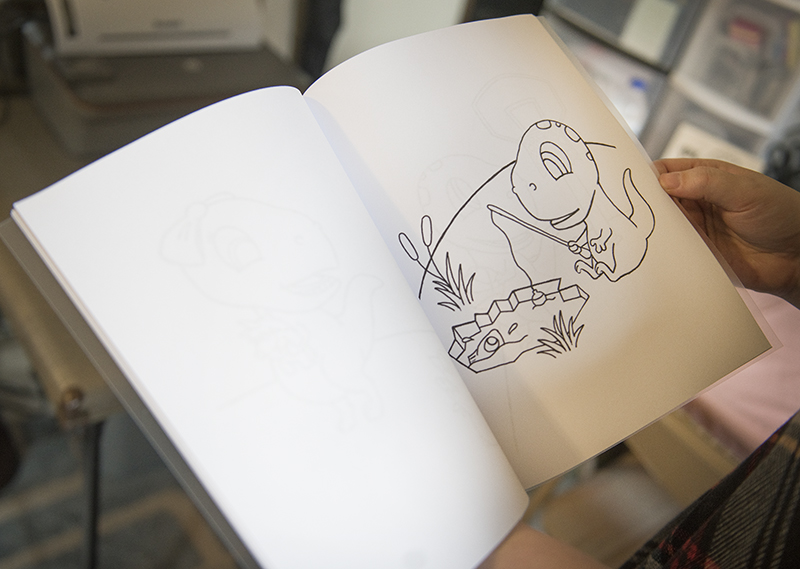 She said she drew the images on her phone with a stylist through an app called Ibis Paint X and uploads them to her Dropbox and prints them out. She also has the option to color her images digitally through the app, which is what she did for the cover.

A self-proclaimed perfectionist, O’Byrne estimated she spent an hour or two on each page, though she could edit a single image for days if she let herself.

When she is creating on paper, she draws with a basic mechanical pencil and then outlines the drawings with Faber-Castell markers and colors them with colored pencils and markers of the same brand.

Of all the animals she creates, she said her favorites are penguins, dinosaurs and unicorns. Her newest project is about puppies and ice cream.

Though she took art classes in high school, she mostly describes herself as self-taught.

She has always enjoyed drawing cartoons, and said the cartoons go more with her personality than drawing realistic images.

“It doesn’t excite me, really,” she said of the real-life type of drawing. “I’ve never been into it.”

O’Byrne, a 2007 Alden-Conger High School graduate, grew up in Alden. She has worked at Diamond Jo Casino for almost 13 years and Kwik Trip for almost six years.

If people are interested in buying the coloring book or having O’Byrne create something else for them, they can contact her on Facebook at Courtney Rae. The coloring book is $9.