Bruce Weller, 53, of Roselle, IA, formerly of Albert Lea, passed away on Thursday, August 27. A Memorial Service will be held at 2PM on Saturday, September 5 at Bayview/Freeborn Funeral Home with Rev. Don Malinsky presiding. Visitation will be one hour prior to the service. Online condolences may be left at www.bayviewfuneral.com. 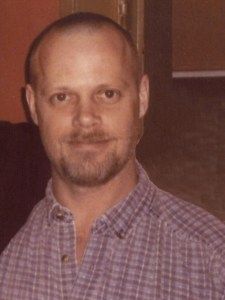 Bruce was born at Naeve Hospital in Albert Lea on January 28, 1966 to Joyce Embree and Eugene Weller. Bruce attended Albert Lea area schools before moving out west to Wyoming and Colorado with his family in the early 1980s. After high school, Bruce worked as a machinist for Manfort Cattle Company. Along the way, Bruce married and became a father to five wonderful children: Tony, Tyler, Taylor, Desiree, and Mackenzie. Bruce moved back to the area to support his sister Deb and be her bone marrow donor. In Albert Lea Bruce worked for Bridon Cordage and later in Roselle he worked for Farmland Foods which became Smithfield.

From an early age Bruce was an avid outdoorsman. He enjoyed going up to Hackensack, MN at the family cabin to fish. His love for the outdoors stayed with him throughout his life. After his family moved out west, Bruce camped and fished whenever he was able all over Wyoming and Colorado. Bruce enjoyed tinkering with and fixing machines. At the young age of six he assisted his grandfather with repairing small engines in his grandfather’s shop. This passion extended into his adulthood. In his spare time Bruce built and flew drones. But most of all, Bruce loved spending time with his children and family. He was a loving and caring father.

Bruce is preceded in death by his infant son, Taylor; father, Eugene Weller; stepfather, John Embree; and his grandparents.