MINNEAPOLIS — Minnesota’s governor called in the National Guard on Thursday to help provide security and keep the peace during a visit by Vice President Mike Pence and Ivanka Trump to the city where George Floyd’s death sparked angry protests that spread around the world. 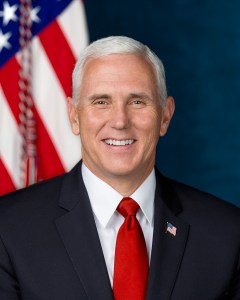 Gov. Tim Walz said 100 Guard soldiers were mobilized at the request of the city of Minneapolis.

“Out of an abundance of caution for the safety of Minnesotans, we have asked the Minnesota National Guard to assist in keeping the peace,” said Walz, a Democrat.

Pence and President Donald Trump’s eldest daughter planned to host a listening session with a “Cops for Trump” group and residents who the Trump campaign says have been “negatively impacted by crime and violent extremism.”

The visit comes about a month after the president visited the city and met with small-business owners whose stores were damaged during the unrest that followed Floyd’s May 25 death. Floyd, a handcuffed Black man, died after a white police officer pressed his knee against Floyd’s neck for several minutes despite Floyd’s pleas for air.

Before Thursday’s planned event, Pence, Ivanka Trump and Secretary of Labor Eugene Scalia visited the site of a Minneapolis salon damaged in the unrest. Flora Westbrooks, owner of Flora’s Hair Design, was close to tears as she pointed to the rubble-filled lot where her salon once stood. “I never thought this would happen. … Not to me,” she said.

The campaign’s visit comes a day after several hundred demonstrators rallied at the state Capitol in St. Paul before marching onto an interstate to protest a Kentucky grand jury’s decision to not recommend charges in the fatal police shooting of Breonna Taylor in Louisville. The grand jury indicted a single former officer on charges of shooting into neighbor’s wall during the raid on Taylor’s home.