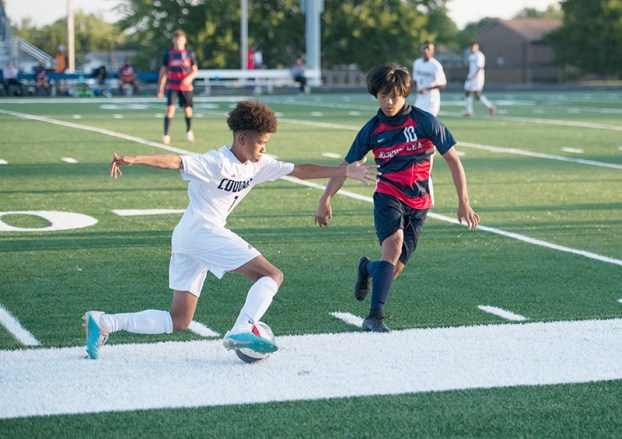 While the Tigers gave up an early goal, defensively they found their footing and held strong against the Cougars throughout the rest of the game. However, the offense was not able to find its rhythm as the Tigers fell 2-0.

The Cougars started the game with possession of the ball and it was not long before they got on the scoreboard. Their goal came in the ninth minute of play and gave the Cougars an early 1-0 lead.

Senior Erick Cibert-Palomo was granted a free kick in the 13th minute of play, but the kick sailed just over the crossbar, giving possession back to the Cougars. 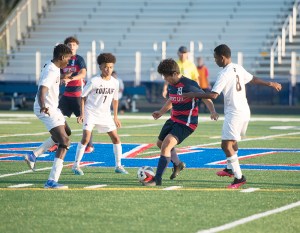 The next close call for the Tigers came at the midway point of the half when they were awarded a corner kick. Taken by junior Jared Turrubiartes, the kick found the head of senior Kyah Kmoe but missed the goal.

Senior goalie Caleb Hanson had a nice save on a curving shot by the Mankato East offense that saved Albert Lea from going down two scores. Hanson came up with another huge save moments later after a corner kick from Mankato found the middle of the box. Hanson fell on top of the ball for the save.

With just under seven minutes to go, the Tigers were dealt a small blow when Cibert-Palomo was given a yellow card and forced to come out of the game for a short period.

After another stellar save from Hanson with under two minutes to go in the half, Albert Lea was awarded a free kick deep in Mankato East territory. Taken by Turrubiartes, the kick missed the goal.

The Tigers went into the half down 1-0.

Coming out in the second half, the Cougars maintained possession for a majority of the opening portion. Near the midway mark, the Cougars added to their lead, making the score 2-0.

Turrubiartes took another corner kick in the 22nd minute of the second half, but it was headed out of the box by a Mankato East player.

The Tigers failed to find the net through the remainder of the game, ultimately falling to the Cougars.

The Tigers start the season 0-1 and will play again Thursday on the road against the Raiders of Northfield.