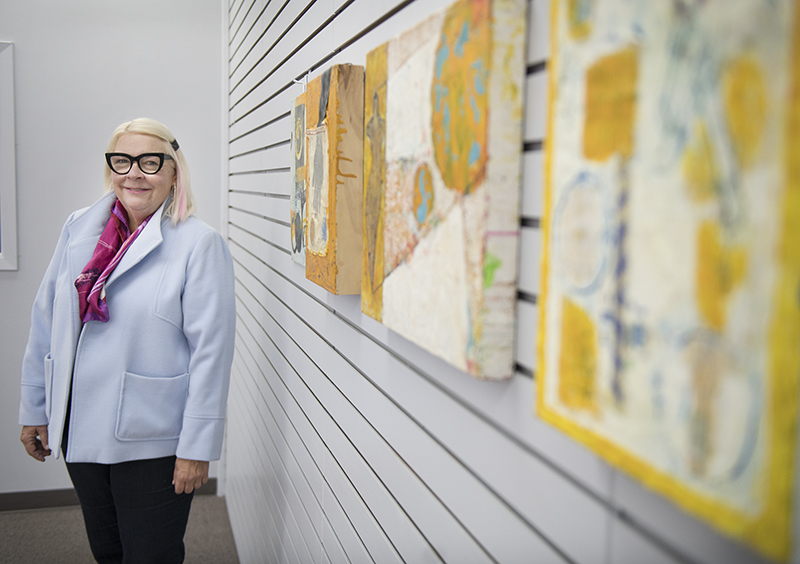 The new exhibit at The Albert Lea Art Center will use an ancient method.

Carli Bailey’s encaustic art will be on display at the Art Center starting Friday. Encaustic painting is a medium used by ancient Egyptians in sarcophagus painting, as well as by Scandinavians to paint names on their ships, Bailey said. She uses the medium by melting down purified beeswax and mixing it with damar resin. She then adds powdered pigments to make her own colors. The entire time she is working on one of her creations, she is working with hot liquid wax. Bailey said she applies the wax to a wooden substrate, and then burnishes it with a heat gun or torch. Each of her pieces has at least 10 to 20 layers of wax, and the lengthy process usually means she has multiple pieces in varying stages of the process.

Bailey was first introduced to the medium during an art show at a museum in Chicago.

“I was curious about the medium, and, once I started to get all the supplies together, I really fell for it,” she said.

The element of surprise in how a finished piece is going to turn out is Bailey’s favorite part of the process.

“When you start something, you don’t know how it’s going to finish,” she said.

Bailey likes to use found objects and textiles in her work to create multimedia pieces, and said she enjoys seeing the texture and surface of the artwork build upon itself. While she might start out a piece with certain colors in mind, she knows the colors will change as they’re layered over each other. 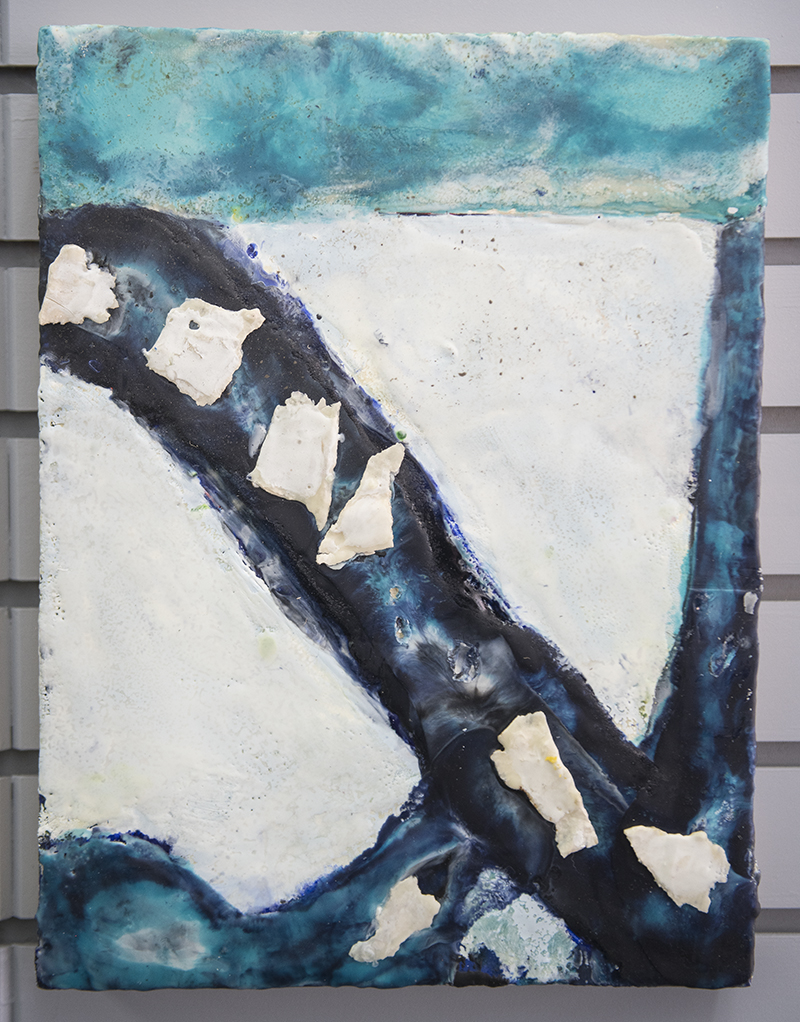 Encaustic painting is a medium used by ancient Egyptians in sarcophagus painting, as well as by Scandinavians to paint names on their ships, according to Carli Bailey. – Colleen Harrison/Albert Lea Tribune

While Bailey has been working with encaustic painting for about three years, this is the first show where she will display the medium. She has previously worked with sculpture and other painting mediums.

“I’m really excited about it,” she said.

While Bailey said abstract art can sometimes be hard for some to understand, she hopes people viewing her artwork will enjoy the different elements of surprise in the pieces.

Bailey’s show, which has about 20 to 25 different pieces, will be on display to the public starting Friday and will be at the Art Center, 101 S. Broadway Ave. in downtown Albert Lea, through the middle of November. The Art Center is open to the public from 10 a.m. to 4 p.m. Tuesdays and Fridays, or by appointment. Those wishing to make an appointment can call the Art Center between those hours at 507-373-5665.