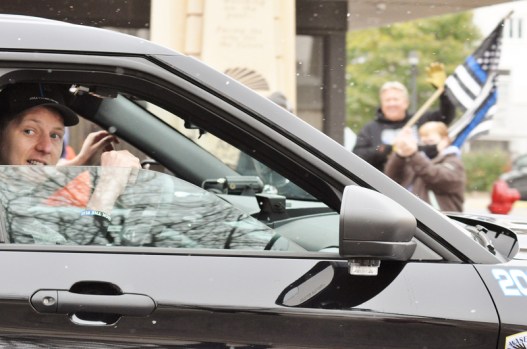 Waseca Officer Arik Matson looks out the window of a vehicle driving through Waseca on Monday as part of Matson's return home. - Bailey Grubish/Waseca County News 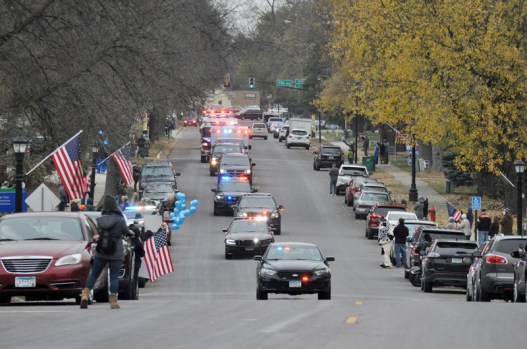 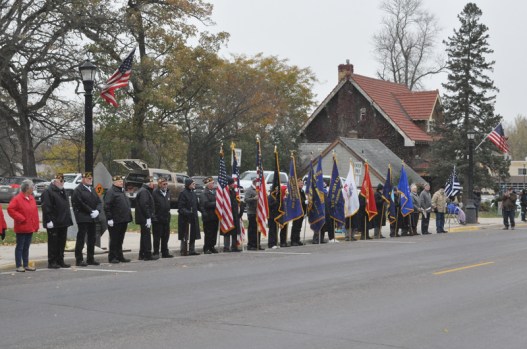 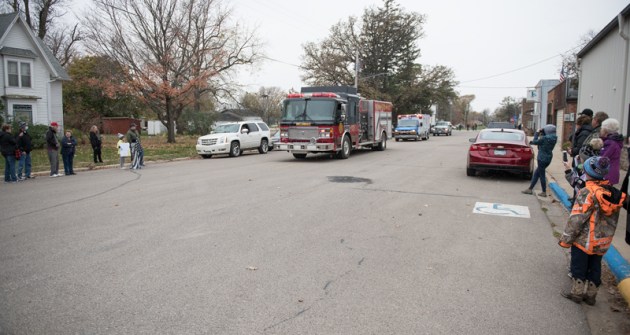 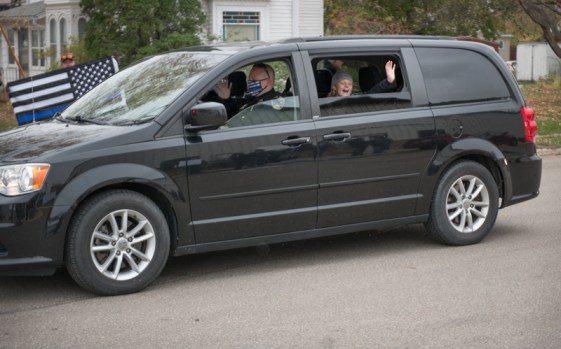 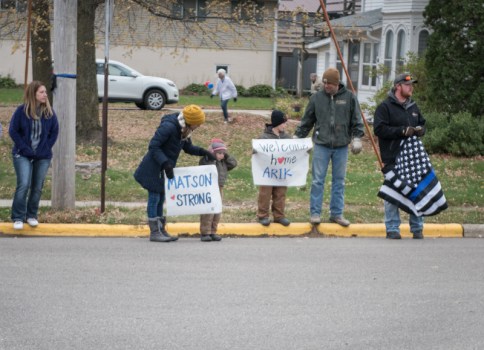 Critically injured after he was shot in the head Jan. 6 while in the line of duty, Matson has since endured several surgeries and months of therapy both in and out of the state.

“I’ve been looking forward to this for nine months,” said Freeborn City Councilor Jim Beach, who serves with Matson on the council.

Beach and other city leaders, as well as residents from Freeborn and the surrounding area, came out to line the sides of the city’s streets as snow flurries fell. The homecoming was a continuation of earlier celebrations on the streets of Waseca as Matson stopped first to the county of his workplace.

Beach said he was grateful to have Matson back in the city and hoped being back home would help Matson with his continued rehabilitation.

Matson has worked for the Waseca Police Department since 2013 on patrol, as the D.A.R.E. officer and as a member of the South Central Drug Task Force SWAT team. He previously worked for the Freeborn County Sheriff’s Office and Wells and New Richland police departments.

Back home in Freeborn, he has been on the volunteer fire department and stepped up in 2018 to fill a vacancy on the Freeborn City Council. Beach and Stenzel said Matson plans to return to the council, possibly as early as later this week.

“Arik is just an all-around incredible guy,” said Stacy Johnson, who said she first met Matson when her husband, Mike, and Matson worked together in the Freeborn County jail. “The outpouring of support for the blue-line family is heartwarming, and it shows how fortunate we are to live where we live.”

Johnson said her husband now works for the Wells Police Department, and she wanted to show her support in any way she could. She and others have been following his progress since the shooting.

“We’d stand in a lot of cold weather to watch him come home,” she said.

Another resident, Jeff Monacy, said he was glad to have Matson back home and was glad to see the support from area residents even as the snow fell.

Another drive-thru welcome home celebration is planned for 2 p.m. Saturday in Albert Lea’s Edgewater Park, starting at the west entrance to Edgewater Park and continuing through to the park’s exit to Lakeview Boulevard.

People are encouraged to wear any Matson Strong T-shirts or gear they may have and to bring posters and balloons.