Longtime Soldotna, AK resident Janet Lavonne (Johnsrud) Stenga, 87, passed away peacefully on October 5, 2020, with her family by her side.

Due to COVID-19 concerns, there will be a private family graveside burial at Soldotna Memorial Park. A public celebration for Jan will be held next spring at Birch Ridge Golf Course in Soldotna.

Jan was born in the family farmhouse on March 22, 1933 in Freeborn County, Minnesota, to Bernhard and Clara Johnsrud. She was the seventh of eight children and was very proud to have grown up as a “Minnesota Farm Girl.” 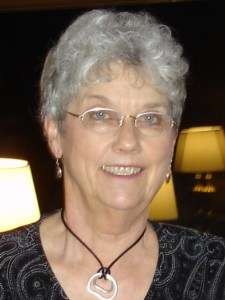 Growing up on the farm, Jan learned the importance of family, moral values, honesty, integrity as well as a strong work ethic.

She was baptized and confirmed at East Freeborn Lutheran Church in Minnesota. It was in this church that her faith in the Lord was established and remained with her for her entire life.

Jan was an active member at Christ Lutheran Church in Soldotna for many years. Her trust and faith in the God gave her the strength and courage to battle the health complications she faced in her final years of life.

Jan graduated from Albert Lea High School in 1950 and went on to receive a nursing degree from Fairview Hospital School of Nursing.

She married Herman Stenga in 1956 in Minnesota. In 1959, they moved to Denver, Colo. Jan was employed as a registered nurse at Denver General Hospital. It was in Denver that her two sons, Steve and Jim were born.

In 1965, Jan and Herman packed up their two sons, all their belongings and headed up the Alcan Highway in their International Travelall. The family’s intent was to live in Alaska for two years, and then return to Denver. 55 years later, the family home is still in Soldotna, and Alaska was always the place Jan called home.

Jan had many fond memories of the years she volunteered as a school nurse in the 1960s and 70s on the Kenai Peninsula. Jan also played a large part in the success of the family’s construction and development business.

Jan loved and was so very proud of her children and grandchildren. You could always count on her to show up at their sporting and other events. She had a unique and special relationship with each of her grandchildren, and great grandchildren. She was always there for her family.

In the 55 years Jan lived in Soldotna, she formed countless friendships with so many wonderful people. Her granddaughters would joke that if you went to the store for a gallon of milk with grandma, you better plan on a couple of hours. She was a dear friend to many.

Jan loved to play golf with her friends at Birch Ridge Golf Course. She also enjoyed traveling, meeting her friends for coffee, and playing Bunco. She spent many summer days clam digging, and fishing on the Kenai River with her children and grandchildren.

Jan was always a “glass half full” lady. She approached all aspects of her life with a smile and laughter, as well as with elegance and class. Jan will be greatly missed.

Jan is survived and will be lovingly missed by her husband Herman, her sons Steve (Mary) Stenga, Jim (Jessica) Stenga, granddaughter’s Jennifer Blossom (Brian), Jessica Stenga, Sloan Stenga, and Ella Stenga. She is also survived by her great- grandchildren Khloe, Peyton, Brody, and Cole. Her sisters Cora Arnold, and Barbara Shultz (Ron Verndoorn) and many nieces and nephews.

Arrangements were by Peninsula Memorial Chapel in Kenai, Alaska.