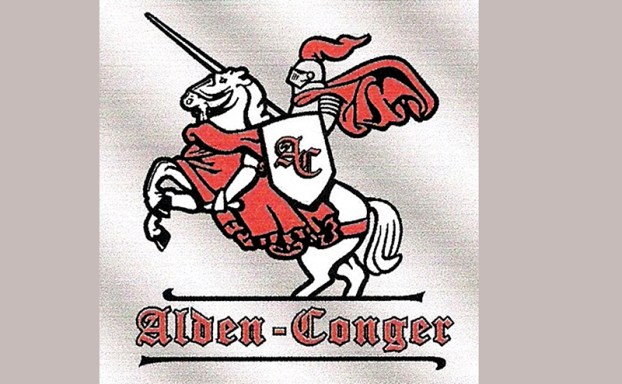 It was total control from the first serve on for the Knights. Senior Kylie Korman started with several aces, giving the Knights an 11-0 advantage before the Bulldogs could get on the board.

Korman and fellow senior Abbie Theusch had big nights at the net. Theusch led the team with 18 kills and Korman was right behind with 13.

Middle hitter Grace Erickson had a solid performance with six kills and four blocks. Mallory Ignaszewski had a team-high 15 digs.

“It was once again a group effort by the entire team seeing the court and contributing,” said head coach Jolene Bute.

The Knights played again Tuesday night against a winless St. Clair team. Results from that matchup were unavailable as of press time. Look to albertleatribune.com for final stats and results as they become available.

After Tuesday night’s match against the Cyclones, the Knights have a one-week break before taking on the Martin County West Mavericks, who have yet to play in a match this season.

As of Tuesday afternoon, the Knights were 3-0 and 9-1 in sets played. Their only dropped set  came against defending conference champions Cleveland.

Alden-Conger and Nicollet are the only unbeaten teams remaining in the Valley Conference. The two teams will meet up Nov. 2.