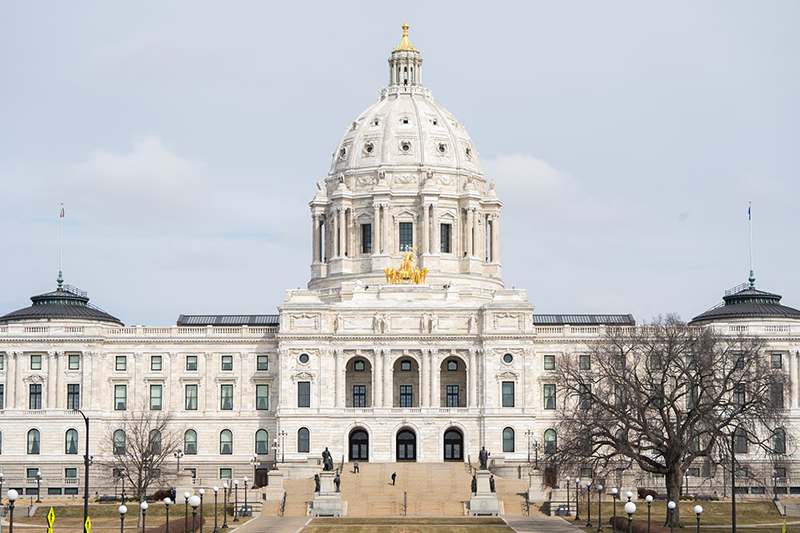 The battle for control of the Minnesota Senate could see one or more races with a record $2 million in total spending, as money pours into elections around the state and country.

As of Oct. 19, five different Minnesota Senate races had seen more than $1 million of spending, between candidates and outside groups — hotly contested races that could determine control of the Senate, where Republicans currently have a slim two-seat majority.

All five of the Senate races with the most spending are currently held by Republicans facing well-funded Democratic opponents.

The most fiercely contested race is the District 34 race in Maple Grove, where longtime Republican Sen. Warren Limmer is being challenged by Democrat Bonnie Westlin; that battle has already seen $1.75 million in total spending with more time remaining before the election.

Other hotly contested races include:

In total, Minnesota legislative races have reported more than $23 million in total spending, of which $15 million has been on the state’s 67 Senate races, and $8 million on its 134 House races.

About two-thirds of this money has been spent by DFL candidates or by outside groups trying to elect Democrats, who also have spent most of the money in the top races.

All that money sloshing around means more mailers, ads on cable television and digital banners that pop up on news articles and other online platforms.

House Speaker Melissa Hortman said the $1.6 million spent on campaigns is a reflection of Democratic enthusiasm. Hortman, DFL-Brooklyn Park, said people are giving in lieu of other forms of activity that Democrats are largely avoiding during the COVID-19 pandemic, such as door-knocking.

“Our candidates are running fully funded, aggressive campaigns. And by doing that, we put several races on the map that no one thought possible,” Hortman said, listing off a few outer ring suburbs she believes are competitive this year.

Bill Walsh, a veteran campaign operative helping the Senate Republican caucus, said there’s no question his side will get dwarfed by DFL campaigns in spending.

“There’s this perception that Republicans are the big-money party, but year after year we get outspent by Democrats two-to-one or three-to-one,” he said.

But Walsh said the sides couldn’t be further apart in approach to campaigning, with GOP candidates going house-to-house for months.

“We have guys who are going to get outspent who knocked on 15,000 doors. That’s going to matter,” Walsh said. “I’d much rather be where we are than the other side with our candidates having talked to thousands of voters.”

The big spenders include a mixture of party organizations and outside groups.

For example, the state’s top spender by far is the pro-DFL political organization, Alliance for a Better Minnesota, which has spent $2.9 million on legislative races alone. The biggest pro-Republican group, Advance Minnesota, has spent just under $1.2 million.

The party caucuses have also spent big to help their preferred candidates, led by the DFL House Caucus with $1.6 million. The Republican and DFL Senate caucuses have each spent more than $800,000 in independent expenditures, while the House Republicans have spent over $500,000.

Overall, the hundreds of candidates for the Legislature have spent about $7.7 million on their campaigns, while outside groups have spent nearly $16 million. The disparity is even greater in the most closely targeted races.

That’s because most Minnesota legislative candidates are subject to campaign finance limits. No candidate has spent more than around $200,000 this election cycle.