My Point of View: Most Republican candidates represent the values of many

My Point of View by Brad Kramer

Regarding the column by Jennifer Vogt-Erickson from Sept. 22, I found several points untrue, particularly her points that billionaires have expanded their wealth during the pandemic because of Republican actions. Gov. Tim Walz (who is Democrat and refuses to work in a bipartisan manner) shut down main street business while big box stores remained open. His friend, who owned a large candy store, was found to be essential, while our main street stores that sold things more important than candy couldn’t open for business, so many people started buying from the large .com businesses. I’m at a loss how this is attributed to Republicans? Does she think you’re unable to think critically about this? Our neighbors’ businesses suffered and some even closed, as AG Keith Ellison continues to heavy-handedly prosecute businesses that don’t follow Walz’s rules. These are Walz’s rules, passed without the consent of our Legislature, while they ignored other rampant instances of looting and rioting, traffic blocked while emergency vehicles couldn’t proceed, drivers dragged out of their cars and businesses destroyed.

Instead of going back and forth with Ms. Erickson’s untruths, let’s look at why I and many millions of other Americans believe in conservative values. You probably have more in common with me than you’d imagine. 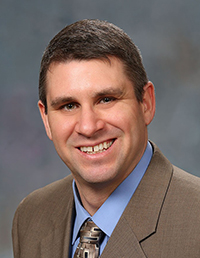 I want a society where any man, woman or child who is willing to roll up their sleeves and pay their dues can change their stars. Some of the most successful men and women in this country built billion-dollar fortunes starting in their garage. A black man raised by a single mother has become president. Some of the most prestigious and respected positions in our country are filled by men and women who came from the humblest of backgrounds. My great-grandfather came from Germany before WWII and lived in a relative’s barn for several years to work off his debt and bring his wife to America. He soon bought a farm, which my grandfather later bought, and my grandfather started a successful tractor dealership. Many families have stories of even more impressive success from humble beginnings. Conservatives value work ethic, accountability and equal opportunity for all.

I believe that you and I, as Americans, have the responsibility to decide how to best protect and raise our families. Over the past several months, you can barely find popular types of guns and ammunition in stores because recent events have woken many people up to the fact that a government that seeks to disarm you cannot protect you. The number of new gun owners is at a record high. If you, as a law-abiding citizen wish to responsibly take measures to protect your family, your home and your neighborhood, you are free to do so, whether that is with a firearm or a hug.

I believe that our men and women in uniform — whether military, law enforcement, fire or EMS — deserve not only the respect and gratitude of the American people but access to the best training, best tools and best treatment by us. They do not deserve to be defunded (then blamed when crime escalates), spit on, assaulted or have their jobs threatened because they are only trying to protect their community.

Reform is needed. I want to see reform led by professionals who know what they’re doing and are led out of duty and compassion. I’d rather not have change mandated by commissions and councils led by politicians and activists who’ve never responded to a call knowing they may never go home or suffered nightmares because of the calls they’ve responded to.

I want to see criminals be held to a level of responsibility where we recognize that if you get killed or injured during the commission of a crime, our first question is “are the officers and innocents OK?” before screaming about the senseless death of someone committing a crime. People in authority who abuse their power should be prosecuted, but not by violent mobs. And definitely not for political gain.

Now that I’ve started these paragraphs with what I believe, if you’re not conservative, do we have common ground?

There are several nonpartisan positions I’ve held in our community, and I see Rep. Peggy Bennett out there in the community listening to the needs of our community and its people. With every position I’ve held, I’ve observed Representative Bennett support those roles and promote our community. Ms. Erickson’s depiction of Bennett’s vote for the bonding bill is not representative of reality. Gene Dornink is a hard-working family man, who is committed to our community and endorsed by the Minnesota Police and Peace Officers Association.

The Republican (GOP) Party is not just for the rich or elite. Most of the candidates are for the values the majority of Americans have believed in for 244 years.

Brad Kramer is a member of the Freeborn County Republican Party.