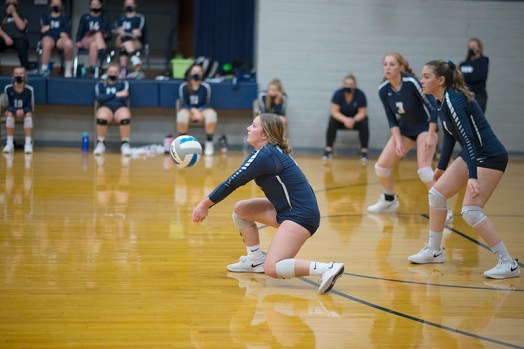 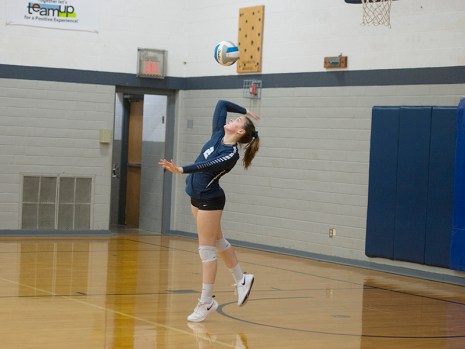 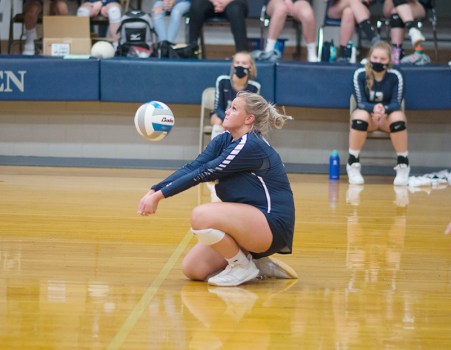 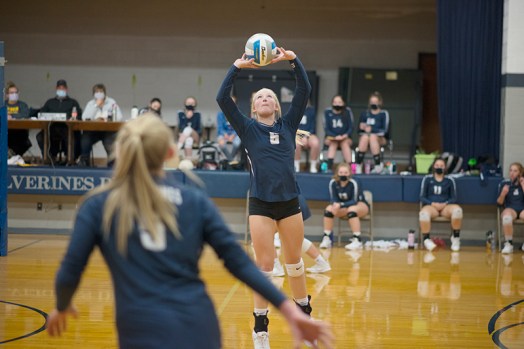 Rachel Heskett sets up a teammate with one of her three assists Monday night against Southland. Tyler Julson/Albert Lea Tribune 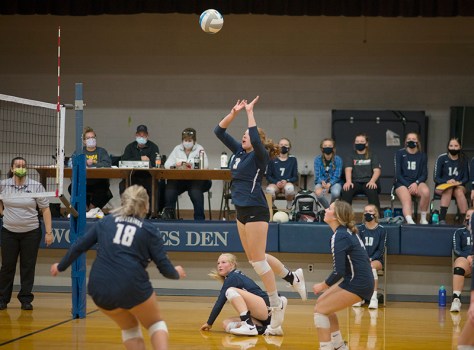 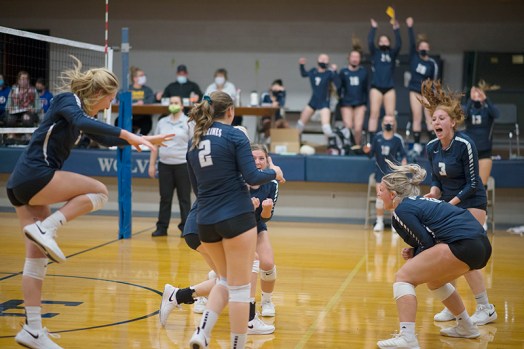 The Wolverines react to picking up their first win of the season Monday night. Tyler Julson/Albert Lea Tribune

GLENVILLE — The Glenville-Emmons volleyball team hosted Southland Monday night in search of its first win of the season.

In a matchup that came down to the very last moments, the Wolverines pulled out a hard-fought victory, defeating the Rebels in five sets, 3-2.

The Wolverines did not get off to a state they were hoping for  in the first set, falling 25-15.

However, they came out in the second set and jumped out to a quick 10-3 lead. Some hard hitting from Skyler Cosens, Lauren Heskett and Rachel Heskett gave the Wolverines the boost they needed to win the set 25-21.

Glenville-Emmons hit a speed bump in the fourth set, allowing Southland to go on a 15-5 run to open the set, eventually losing it 25-10.

The deciding fifth set proved to be the most competitive of all. Neither team was able to gain a big advantage over the other. That was until Cosens had a explosive kill that sent the Rebels reeling. With the set tied at 13-13, the Wolverines went on to capture the next two points to win the set 15-13.

Cosens had 12 kills and one ace, while Lauren Heskett had nine kills, one ace and 25 digs. Rachel Heskett had seven kills, three assists and 19 digs.

The Wolverines move to 1-3 and will play again Thursday when they travel to Spring Valley.