Guest Column: Honoring a hero’s life that was taken too soon

On Thursday, Aug. 28, 2012,  I had the honor of leading the Nation of Patriots Tour from Albert Lea to Waukon, Iowa. It was the third year for Albert Lea Harley Owner’s Group to escort an American Flag flown in combat through our leg of the 48-state tour honoring fallen soldiers and fundraising for veterans who had been wounded or disabled in war. 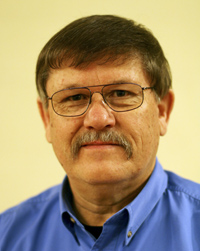 At registration, I was approached by Greg Gassen, who explained four of them came to ride with us from Beaver Dam, Wisconsin. This year’s Nation of Patriots Tour had been dedicated on Memorial Day at the start of the tour to his son, Jacob Gassen, who had been killed in Afghanistan in 2010.

I met with Greg and Barb Gassen (Jacob’s parents) with Heather Lundwall, Jacob’s fiancé, and a close friend, Tim Fletcher. I asked Greg to honor our group with this account of his son’s demise.

Jacob graduated from high school. He wanted to help people and thought of becoming a nurse. He had enlisted in the Army and became part of the 101st Airborne, which was deployed to Afghanistan. Jacob turned 21 years old on Nov. 19, 2010.

Another Army soldier killed the Afghan who was shooting at the soldiers. This was Nov. 20, 10 days after Jacob turned 21.

As the ride organized to leave to start the tour going to Woodstock Harley Davidson near Chicago, the ride leader told everyone to get out their rain gear because weather forcast showed heavy rainfall on their route south. Greg said as they were getting rain suits on, a young soldier came up to them and introduced himself.  He had been with Jacob in Afghanistan when Jacob had been killed, and he had been the soldier who killed the insurgent shooting at his fellow men. Greg said he was gratified to meet this hero.

Greg said they started out, and clouds again parted and they rode to Illinois without getting rained on again. Greg said there were 101 riders in this tour (significant of Jacob’s 101st Airborne unit). This was by circumstance and not planned.

I told Greg that even though I have never met Jacob Gassen, I will never forget him.  My birthday, too, is Nov. 19. I think of Jacob everyday. Each year on my birthday, I try to remember him as the hero he is, one of our veterans who selflessly died protecting our freedom. Happy birthday, Jacob Gassen.

Benjamin Franklin once said: “Being ignorant is not so much a shame as being unwilling to learn. Tell me and I forget. Teach me and I remember. Involve me and I learn.”  Thank you for his hero’s life.

Mark Harig is a member of the Nation of Patriots, a fundraiser for wounded veterans. He became friends with Jacob Gassen’s parents, Greg and Barb Gassen, and tries to honor their son’s birthday by reminding of those who have given the ultimate sacrifice.

Sarah Stultz: Developing an attitude of gratitude in life

Nose for News, By Sarah Stultz With many people feeling burdened with the happenings in the world right now, the... read more