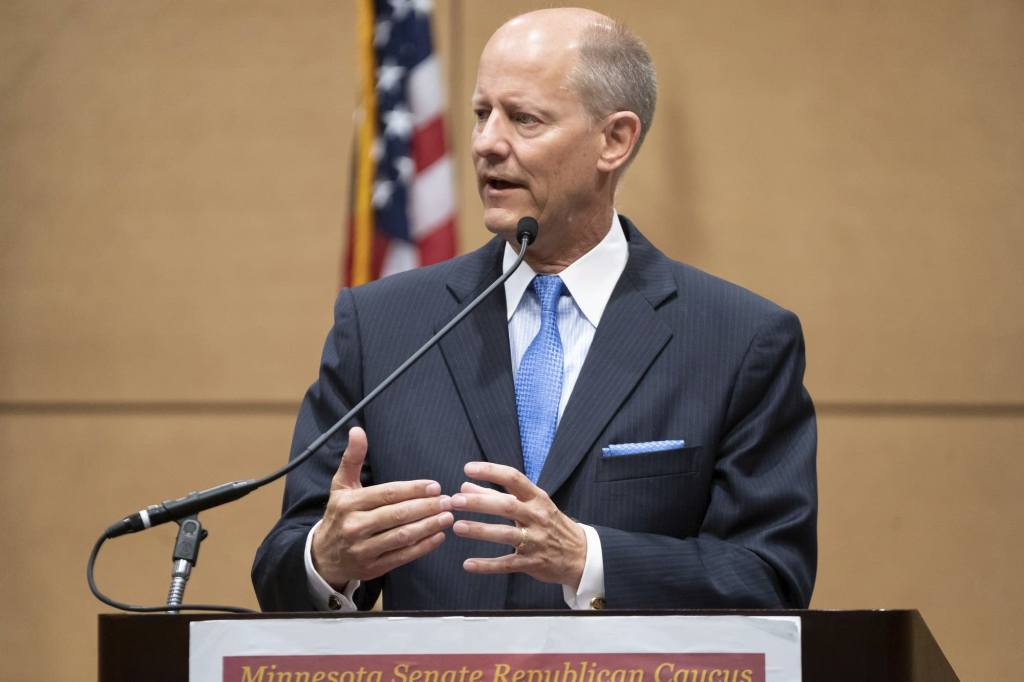 The majority leader of the Minnesota Senate has tested positive for COVID-19.

Sen. Paul Gazelka, R-East Gull Lake, announced the positive test on Sunday morning. He is at least the third Senate Republican to test positive for the disease in the past week, and it comes as more than 7,500 Minnesotans had COVID-19 diagnoses revealed Sunday. That’s more than three times higher than the rate just two weeks ago.

Gazelka, 61, is currently traveling in Florida, where he flew on Monday. He said he developed symptoms at some time on Monday. A spokesperson said Gazelka wasn’t displaying symptoms when he went to Florida.

He attended Thursday’s special session virtually, as did many other senators. Gazelka said his symptoms weren’t serious and he expected to recover.

Republican senators, spouses and some staff gathered two nights after the Nov. 3 election for a celebratory in-person dinner in Lake Elmo, according to multiple sources. They were celebrating the GOP’s retention of its Senate majority: a one-seat 34-33 majority, starting in January.

Republican lawmakers have questioned DFL Gov. Tim Walz’s use of emergency powers to control COVID-19, and said some of the restrictions he imposed were too heavy-handed and damaging to people’s livelihoods. But last week, unlike recent months, they didn’t attempt to vote an end to Walz’s emergency powers, given the state’s current explosive growth in cases, deaths and hospitalizations.

Gazelka doubled down on his criticism of Walz’s COVID-19 restrictions in announcing his diagnosis, saying “our future cannot be prolonged isolation, face coverings and limited activities.”

But Senate Minority Leader Susan Kent, DFL-Woodbury, said her caucus was not informed about the positive COVID-19 tests prior to Thursday’s special session. She issued a statement Friday night calling that “outrageous and completely unacceptable.”

“This lack of transparency is a blatant disregard for the health and safety of others: our DFL and non-partisan staff, members, and the communities we go home to,” Kent said.

A Senate GOP spokeswoman said no one from the Republican caucus who was in attendance at Thursday’s special session posed a risk of spreading COVID-19.

DFL Gov. Tim Walz issued a statement Saturday saying that anyone who knows about a positive COVID-19 test has a “moral obligation” to inform others who may be at risk.

“As elected officials, we must lead by example. I simply do not understand why Senate Republicans chose only to share that there were positive cases in their caucus with members of their own party before Thursday’s floor session,” Walz said. “Injecting partisanship into public health, their actions knowingly put the safety of their DFL colleagues, non-partisan staff, and Capitol law enforcement at risk. We must put aside our differences and look out for our neighbors. At the end of the day, we are all Minnesotans.”