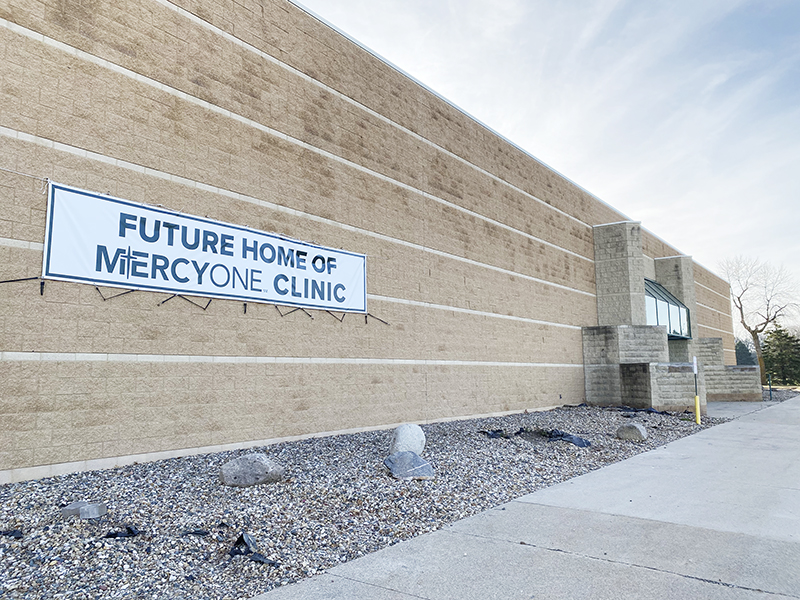 A groundbreaking is slated for Jan. 14 for the new MercyOne Clinic in Albert Lea. Sarah Stultz/Albert Lea Tribune

Coalition president said he is hopeful to start construction in January

Plans for the new MercyOne clinic in the former Herberger’s space at Northbridge Mall are expected to go out for bids in the next few weeks, Albert Lea Healthcare Coalition trustee and President Brad Arends said Thursday.

The project has been on hold since March when the hospital system announced it had temporarily halted construction plans because of the COVID-19 pandemic. Hospitals across the country were closed down for elective surgeries and many other procedures. At that time, the hospital system said it remained committed to resuming plans for construction and would share an update as soon as a new timeline is determined.

Arends said some changes are being made to the blueprints for the project to incorporate COVID-19 precautions. The goal is to have the bids back in early December with hopes of starting construction in January. The bid process had been completed before the pandemic, but because all of the bids have a 60-day expiration, the project has to be re-bid. The coalition is waiting on final approval from the hospital system to begin construction.

“We’re feeling good about it,” he said. “We’ve said all along that it was delayed not dead.”

Arends said he is hopeful the clinic can open July 1. When the clinic opens, it will include primary care professionals, specialists and telehealth services, with plans for expansion of services in future phases. When complete, it will utilize about 40,000 square feet of space.

He said the coalition has also been in talks with several other interested complimentary retail options to utilize the almost 24,000 feet of extra space in the building on the ground floor. There has been interest from a hearing aid organization, an organization out of South Dakota that offers different types of therapy, possible stores for durable medical equipment, a sleep clinic, vision services and even a dialysis center. The coalition would also like to see a pharmacy.