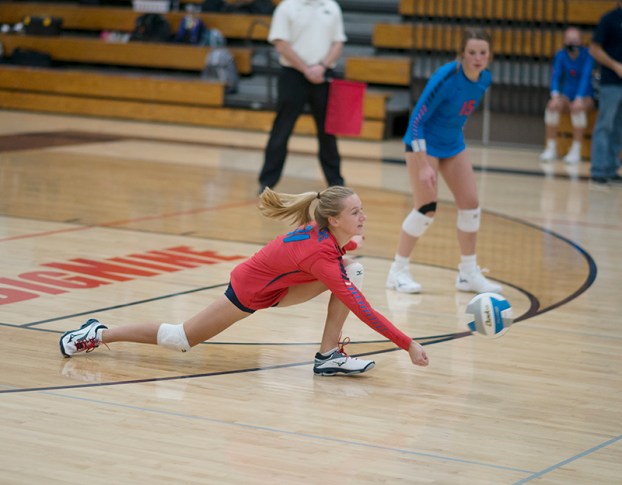 It was a tale of two teams for the Tigers, who played some of their best volleyball in sets one and three. However in sets two, four and five, they were prone to numerous mental mistakes and were unable to keep pace with the Cougars. In the end, the Tigers could not muster to power to overcome the Cougars, losing 3-2.

Albert Lea trailed nearly the entire first set, but were never too far behind. Trailing 22-20, Albert Lea made its move and had the set tied 24-24.

Sophomore Emma Stubkjaer was pivotal as the Tigers scored the next two point to win the set 26-24.

The second set was dominated by the Cougars. Already with a 9-5 lead early in the set, the Cougars went on a 16-2 run to finish off the set and tie the match 1-1.

The third set was, again, much more balanced. The Tigers started off on a 5-0 run before the Cougars scored their first point. 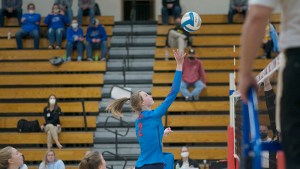 Senior Jordan Juveland and her play at the net was the biggest factor in this set as the Tigers went on to win another close set, 25-23.

The fourth set was nearly a mirror of the second. It was close early until Albert Lea took a timeout trailing 9-6. After the timeout Mankato East went on another punishing 16-2 run to win the set 25-8.

The match would come down to the deciding fifth set in a race to 15 points.

Unfortunately for the Tigers, the set looked more like the second and fourth sets than the first or third.

The Cougars got out to a 5-1 lead and never looked back, finishing the set 15-5.

The Tigers drop to 1-5 on the season and will be back in action Thursday when they travel to take on the 2-5 Winhawks of Winona.

The Albert Lea 13U baseball team recently wrapped up its fall season in the MBT Metro League. The team went... read more