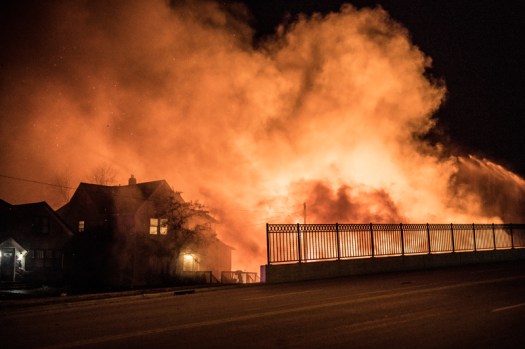 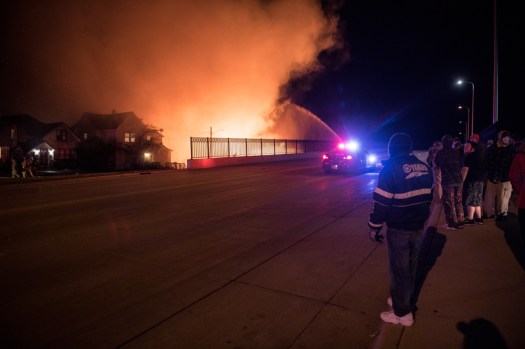 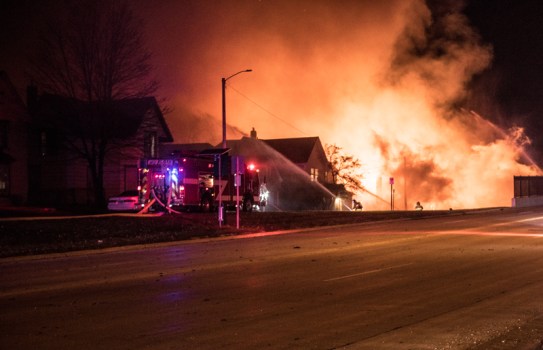 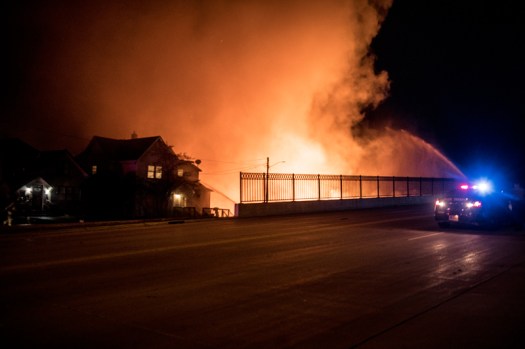 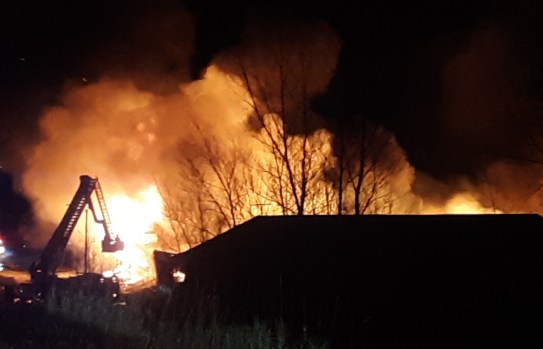 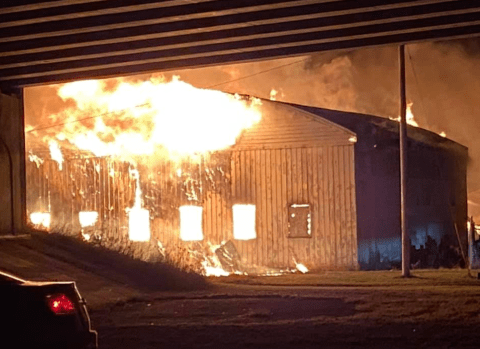 A building near the West Main Street viaduct is on fire Thursday night in Albert Lea. - Photo courtesy Kelly Wassenberg 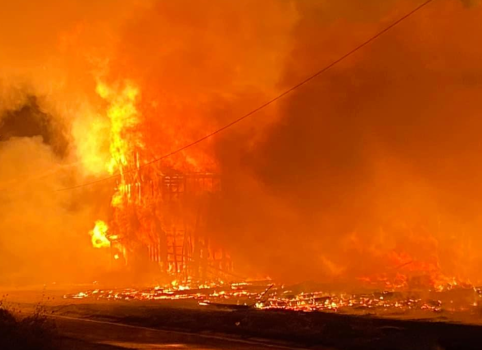 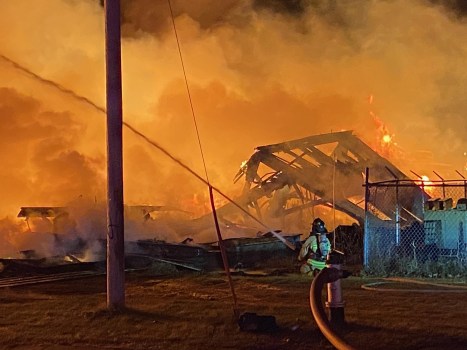 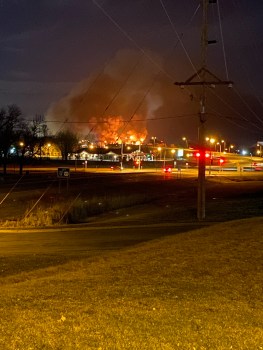 The fire is visible Thursday night from near the intersection of Minnesota Highway 13 and U.S. Highway 69. - Photo courtesy Diane Aysta

Firefighters from around the area battled a large fire Thursday night in a warehouse building near the West Main Street viaduct.

The building, at 601 W. Main St., was fully engulfed, leading to heavy smoke throughout the city and the evacuation of 13 nearby homes, including homes on the north and south sides of College Street and on the south side of Main Street, said Albert Lea Public Safety Director J.D. Carlson. As of 10:30 p.m., 19 people were seeking shelter at United Methodist Church.

Carlson said no injuries were reported. An engine company remained on scene throughout the night to extinguish continued hotspots, and the state fire marshal was expected to arrive at daylight.

The fire was first discovered by an Albert Lea patrol officer at about 8:11 p.m.

Albert Lea firefighters were assisted at the scene by the Glenville and Austin fire departments. Albert Lea police officers and Freeborn County Sheriff’s Office deputies are also at the scene.

Look to the Tribune for more updates as they become available.