Frances E. Wilcox, 93 of Albert Lea, MN and formerly of Cedar Rapids, IA died on Thursday, December 3, 2020. Services and burial will be held at a later date. Teahen Funeral Home is serving the family. 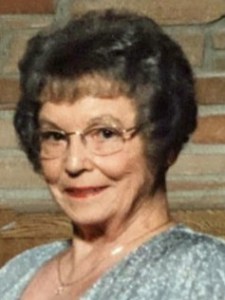 She was preceded in death by her husband Harry, son Harry Joseph III and brother Charles Rooney.

Frances was born on January 7, 1927 in Decorah the daughter of Walt (Owen) and Rose (Vondersit) Rooney. She graduated from the Mercy School of Nursing in 1948. On June 18, 1949, Frances married Harry Wilcox in Decorah. She worked as a nurse at Mercy Hospital for 35 years, retiring in 1990.

Fran was a quick witted woman that held a lot of spunk in her tiny 4’10” frame. She had an amazing laugh, was always ready with a joke and had an entertaining drinking toast for any occasion. Peppermint candy and ice cream were fixtures in her home and she was always willing to give one of her famous back scratches to any of her grandchildren.

Fran adored all of her grandchildren and since her passing each has claimed to be the favorite; this will likely be an ongoing “discussion” in the family for years to come. Following in a close second of things Fran loved are the Iowa Hawkeyes & Notre Dame football teams. She rarely missed a game and had enough fan gear to outfit the student section of either game.

She was a proud Irishwoman who always had a Bailey’s close by and was able to take a trip to the homeland (Ireland) which she spoke of often and fondly. Her long career in nursing was certainly in part due to her great bedside manner, she was able to make anyone feel welcome and at ease with her smile.

Fran lived a full and loving nearly 94 years of life; she will certainly be missed but the family takes solace in knowing that she has finally rejoined her husband and son in a better place.

Online condolences can be left at www.teahenfuneralhome.com.