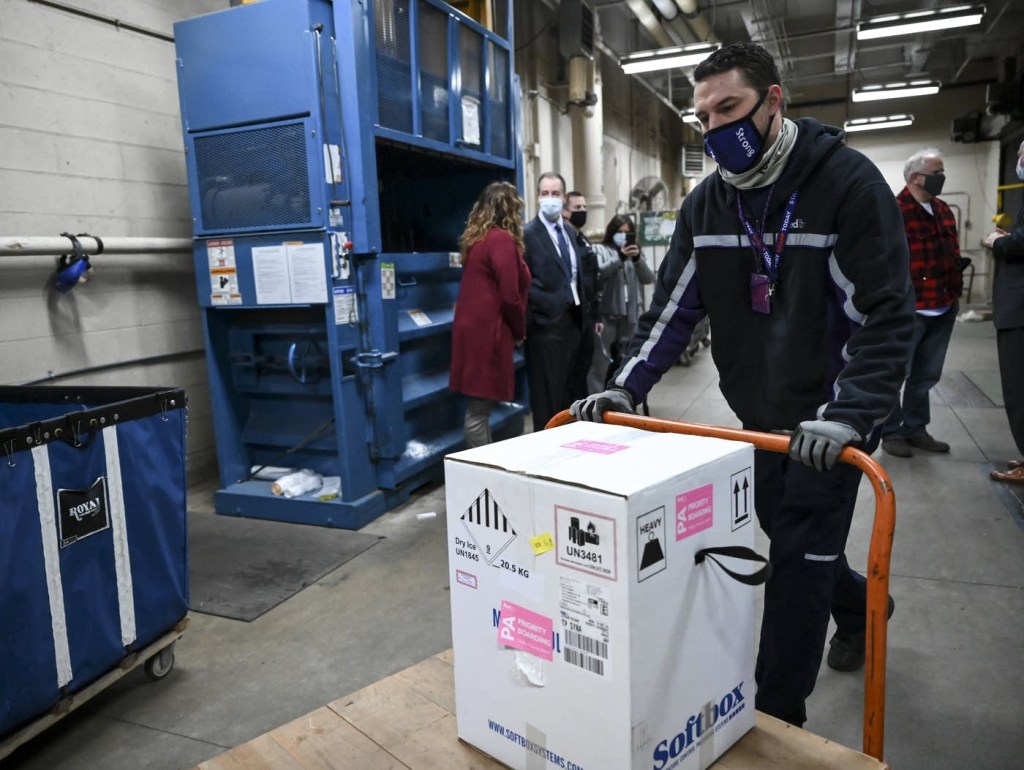 MINNEAPOLIS — The Minneapolis VA Medical Center received Minnesota’s first shipment of the COVID-19 vaccine on Monday, though it wasn’t immediately clear when vaccinations would begin.

“This is the day we’ve all been waiting for,” said Gov. Tim Walz, who was at the hospital when the shipment arrived, according to the Star Tribune.

Other Minnesota hospital systems expected to receive their initial shipments in the next day or two.

“We are very excited to provide a vaccine that has the potential to help get COVID-19 under control when used alongside public health measures such as masking, physical distancing and frequent hand-washing,” said Patrick Kelly, director of the Minneapolis VA.

The first COVID-19 vaccine made by Pfizer received emergency use authorization by the U.S. Food and Drug Administration earlier this month. A vaccine made by Moderna is expected to receive federal approval soon.

The initial shipments of vaccines to Minnesota are being earmarked for health care workers who are at greatest risk of COVID-19 exposure, and residents and staff at long-term care facilities.

Minnesota health officials on Monday reported an additional 3,026 confirmed COVID-19 cases and 18 new deaths. The state has registered 381,841 cases and 4,462 deaths from the disease since the start of the pandemic.

Minnesota has ranked 12th in the country for new cases per capita over the last two weeks. Over the last week, one in every 201 people in Minnesota has tested positive for the virus, according to data compiled by Johns Hopkins University.

Meanwhile, a group called ReOpen Minnesota says more than 200 business owners are committing to reopening this week in defiance of Walz’s executive order that closed bars and restaurants to in-person dining in an effort to curb the virus’ spread. Walz’s four-week closure is set to expire on Friday.