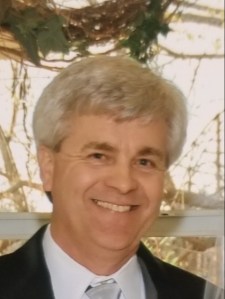 Owen Mathew Aasness was born on March 14, 1952 in Fergus Falls, MN, son of Theodore and Gloria (Vigen) Aasness. He was baptized at Bethlehem Lutheran in Fergus Falls. The family moved to rural Doran in May of 1955. He attended Doran Public School and graduated from 8th grade in 1966. He was confirmed at Zion Free Lutheran in Dalton, MN. He graduated from Breckenridge High School in 1970.

Owen attended AFLBS in Plymouth, MN where he met Bonita (Bonnie) Fae Hall. They were married on April 7, 1973. Together they raised 4 children, Heather, Brooke, Jacob, and Lindsey. They made their home in Albert Lea, other than the three years in Grafton, ND.

Owen worked hard his whole life. No matter what part of his work walk, whether it was with construction, underground installer, plumbing, master plumber, or the general contractor for Cross Roads Church, he did it with utmost care and precision and he was always valued. He had a close walk with God, his faith was strong, and many sought after his wisdom. He was a loving and caring husband, father, grandfather, brother and uncle. All who knew him said he was the nicest guy ever!

He was preceded in death by his parents, Theodore and Gloria Aasness, his brother, Terry Aasness, parents-in-law, Elmer and Alice Hall, brothers-in-law, Jerry Hall and Roger Hall (Alice Gleason).

Blessed be the memory of Owen.

Due to Covid and the current health conditions, no funeral will be held at this time. A Celebration of Life will be held in late spring. Expressions of sympathy can be mailed to the family at 1120 W 9th St, Albert Lea, MN 56007.